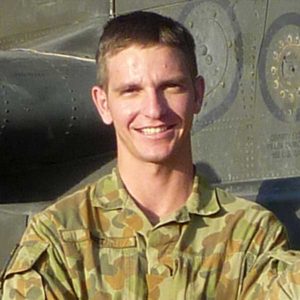 Son of Don & Linda Birt  and brother to Dale Birt, Ashely grew up in Gympie where he attended Gympie State High School. Ashley followed the Brisbane Broncos, Queensland Maroons as well as having a passion for Hockey, Fitness, skating, mountain bikes, Call of Duty (CoD). He loved playing a huge variety of sports, and was naturally gifted at any skilled he applied himself to. Ashley also enjoyed staying fit and remaining active throughout his social life.

Following his Engineer Initial Employment Training and Specialist Technical Geospatial Basic course in December 2008, he was posted to the 1st Topographical Survey Squadron (1 TOPO SVY SQN) as a Geospatial Technician. He was promoted to Lance Corporal in February 2011 and to Corporal in April 2011.

During Corporal Birt’s service in the Australian Army he deployed on the following operations:

“There a quite a few stories that come to mind with Birty; however many of them can’t be shared as they will incriminate both of us!  I first met Birty during our Initial Employment Training, his infectious grin and overall positive nature meant we got along from the start. He was a natural athlete and generally ran rings around everyone. Part way through our training we spent time Marrangaroo Army Camp which is located in the Blue Mountains. On arrival he spotted a wombat and decided it would be a great idea to try and slap it on its rump. He bailed out of the car and proceeded to run full speed after the wombat. None of us expected the wombat to stand a chance but it managed to engage top gear and move its little legs at a high rate of knots. Over 50m Birty was flat out catching it! When he finally got close enough, the wombat decided it had enough and decided to return the favor and chase Birty, he would have doubled his speed back to the car! That incident gave the course plenty of ammunition to give Birty a bit of a ribbing over his athleticism compared to a hairy fat wombat.

Friends often referred to Ashley as the energizer bunny. Someone who had an abundance of energy, and had difficulty sitting still.

Ashley was always happy to lend advice and support to those people who wanted an honest opinion. This often made Ashley a source of inspiration to many people who were senior to him, within the military ranks.

Ashley was a proud soldier who loved his job. This shone throughout his professionalism and he was quickly promoted to the rank of Corporal.

He was a loving son, devoted brother, wonderful uncle and loyal friend. His gregarious smile always made him a pleasure to be around and he will be dearly missed.” 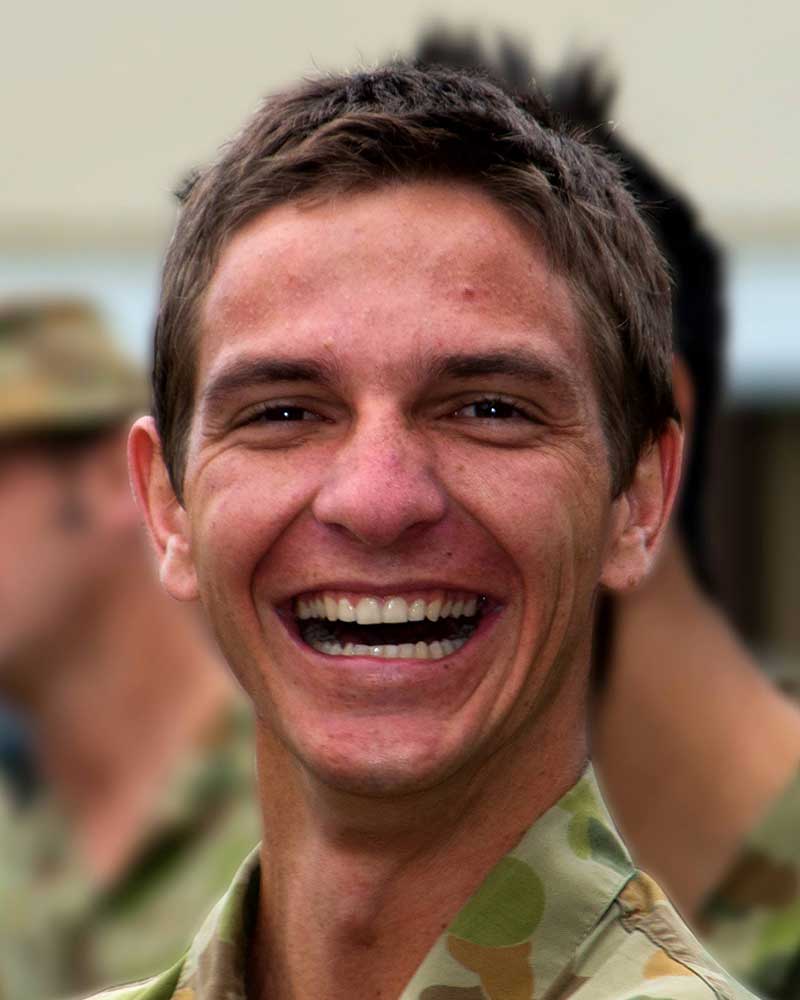 Oh Allah all mighty,
whose presence I fear.
I have a complaint,
of grievance severe.
The young engineer,
who to me lost his life,
has found me in heaven,
and run off with my wife.
He’s stolen my sandals,
set fire to my beard, and
whenever he’s around,
my daughter acts weird.
He wheeled my scooter,
until it fell apart.
He graffitied my goat,
it’s a true work of art.
I had a house warming,
I’d bought a new cave,
but he gatecrashed my party,
and started a rave.
Forgive me, dear Allah,
I know not what to do,
the virgins you promised,
he’s stolen them too.
So raise up your glasses,
let out a cheer, and
drink to Ash Birt.
A brother, a son.
A true engineer!

Corporal Ashley Birt was born in Nambour, Queensland in 1989. He enlisted into the Australian Regular Army in June 2007 and was allocated to the Royal Australian Engineers as a Geospatial Technician.

Following his Engineer Initial Employment Training and Specialist Technical Geospatial Basic course in December 2008, he was posted to the 1st Topographical Survey Squadron (1 TOPO SVY SQN) as a Geospatial Technician. He was promoted to Lance Corporal in February 2011 and to Corporal in April 2011.

Corporal Birt was part of Combined Team Uruzgan and is survived by his parents and brother.

His colleagues describe him as being a proud and well-liked soldier of the 1 TOPO SVY SQN. He maintained a very high level of physical fitness and played hockey at the highest levels. Due to his natural leadership style, maturity, hard work ethic and dedication to his specialist trade, he was quickly promoted through the ranks.

He was a great mate to his many colleagues and well liked by all. He was a larrikin and someone who was always smiling. His mates remember him as a great bloke, a distinguished sportsman and an excellent soldier. He will not be forgotten and will always remain a part of the sapper family.

Corporal Birt has been awarded the following honours and awards:

During Corporal Birt’s service in the Australian Army he deployed on the following operations:

The death of Ashley has been a tragic shock to our family, his mates and the Gympie community. Ashley was a proud soldier who loved his job. He was a loving son, devoted brother, wonderful uncle and loyal friend who will be dearly missed.

As this is a difficult time for our family, we ask that we are left to grieve in private.