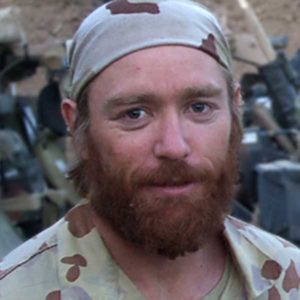 Lance Corporal Jason Marks enlisted in the Australian Regular Army on the 2 March 1999.

After initial training, he was posted to the 4th Field Regiment as a Gunner until 2003, whereupon he transferred to the Royal Australian Army Medical Corps as a Medical Assistant.

Jason has seen operational service in East Timor and Afghanistan, where he has deployed to both theatres on more than one occasion.

Jason was awarded the Unit Citation for Gallantry for the outstanding achievements of his unit during their deployment to Afghanistan as part of the Special Operations Task Group (SOTG) in 2006.

Whilst deployed in Afghanistan as part of the SOTG in 2008, Jason was killed in action during a gun-battle with Taliban extremists.

Jason was a strong character who was determined to be the best he could be, striving for perfection and living for every moment.  His memory was honoured in a memorial service held at 4RAR (Cdo) as friends, family and comrades recounted tales of his steadfastness, determination and humour.

He was survived by his wife and two children.

His name will be forever etched on the 4RAR (Cdo) rock and his memory never forgotten.

There are no words to express how we are feeling.  Our family is devastated at the tragic loss of Jason in Afghanistan today.

Jason was a devoted father to our two beautiful children and a loving husband to me.

Becoming a Commando was a dream of Jason’s, he was proud of who he was and proud of what he did.

Jason loved to be active, whether it was through playing union, league or rock climbing.  He even became a combat fitness leader in the Army he loved it so much.

The loss of Lance Corporal Jason Marks has been heavily felt throughout the Australian Army. Jason’s death is a tragic reminder of the dangers Australian Defence Force personnel face as they provide the people of Afghanistan with a chance for a better life.

We in the Army extend our heartfelt sympathy to Jason’s wife, children, family and friends. Though no words can alleviate their pain at this terrible time, I hope the knowledge they are in the thoughts and prayers of so many Australians will be of some comfort to them as they deal with their loss.<

My thoughts are also with men and women of the Australian Army who are mourning the loss of a colleague and a mate. May your continued service honour Jason’s sacrifice.

Jason was a dedicated, professional and greatly respected soldier. We are proud of him and the service he gave to his country. He has made the ultimate sacrifice and will never be forgotten.

Last week I spent four days visiting our men and women deployed in the Middle East area of operations. I was privileged to spend my last ANZAC Day as Commander-in-Chief at a Dawn Service with the Special Operations Task Group (SOTG) and Reconstruction Task Force in Afghanistan.

To hear of the death of Lance Corporal Marks from the SOTG, just three days later, is deeply saddening.

On behalf of all Australians I extend my deepest sympathies to his wife, family and comrades on the tragic loss of a husband, father and fine soldier.

Furthermore, I send my best wishes for a speedy recovery to our four wounded soldiers.