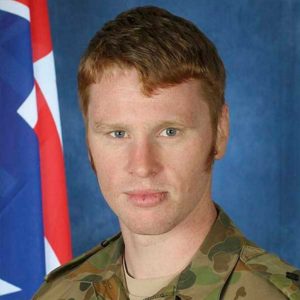 It is with deep regret the Australian Defence Force announces the death of Lieutenant Marcus Sean Case during operations in Afghanistan on 30 May 2011.

Lieutenant Case was deployed to Afghanistan as a Heron Unmanned Aerial Vehicle Operator. This was his first deployment to Afghanistan.

Lieutenant Case leaves behind his parents and five siblings. He was the youngest of six children. His family is receiving support from Defence.

Lieutenant Case was born in Melbourne, Victoria in 1984.  He enlisted in the Active Army Reserves on 25 June 2002 and was posted to 5th/6th Royal Victorian Regiment.

In 2003, he commenced the Commando selection and training process with the 1st Commando Regiment (1Cdo Regt).  He was posted to 1Cdo Regt, which included an operational tour to East Timor in 2007.

On 19 March 2008, Lieutenant Case transferred to the Australian Regular Army, undertaking pilot training at the Army Aviation Training Centre, Oakey.  On 10 December 2009, he was posted to the 6th Aviation Regiment, Sydney.

Lieutenant Case’s first deployment was in July 2005, when he deployed as an infantryman to Malaysia with Rifle Company Butterworth.  In January 2011, he was part of the Aviation Battle Group deployed to Queensland to provide assistance as part of the Australian Defence Force flood relief Operation.

Lieutenant Case was keen and motivated, and was excelling as a pilot.  Lieutenant Case lived life to the fullest, taking every opportunity that was given to him and making the most of it.  He was always the go-to-man who was able to get the job done.

During Lieutenant Case’s service in the Australian Army, he deployed on the following Operations:

From Mum and Dad, and brothers and sisters Robert, Michael, Jackie, Liz and Chris:

Marcus was larger than life. He was a fun-loving but gentle and much loved member of our family. Marcus was the youngest of six very close brothers and sisters who adored each other and spent as much time together as they could.

Marcus was also the sparkle to his number one fans, his Mum and Dad.

Marcus was born to fly and spent a lifetime dedicated and focused on achieving his goal of being an Army Combat Aviator. Along the way, Marcus studied at Xavier College and was a brilliant rugby player, later representing Australia in New Zealand, Ireland, UK and Canada.

As a Reservist, he commenced studies in Science at Melbourne University but deferred to enter the Army full-time. Shortly thereafter, he began training for the Army Commandos and as a Commando, was deployed to East Timor. Also around this time, he began his pilot training.

Marcus merged his love of flying into his extensive social life, taking those who would dare for recreational joy-flights at Lilydale Aerodrome. His favourite comment was “Are you ready for this!?” before performing some aerobatics to demonstrate his incredible skills.

Marcus will be sorely missed by his loving and very proud family as well as his large group of supportive friends. He was an idol to his niece and nephews who, when upon seeing a helicopter, would point to it and gleefully say “There goes Marcus.”

We thank the public for their support and for respecting our wishes for privacy at this time.