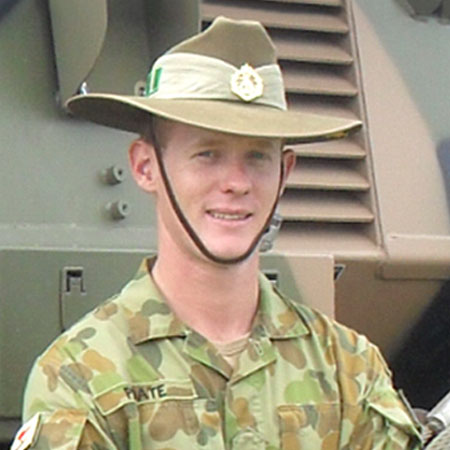 Private Robert Poate was a member of the 6th Battalion, Royal Australian Regiment (6 RAR), based in Brisbane, Queensland. On 29 August 2012 he was killed in action in Afghanistan while serving with the 3 RAR Task Force. Private Poate is survived by his parents Hugh and Janny, and his sister, Nicola.

Private Poate was born in Canberra, in 1988. He enlisted in the Army in 2009. Private Poate was a highly qualified soldier, having completed specialist training as a Protected Mobility Vehicle (Bushmaster) Driver in 2010 and Bushmaster Crew Commander in 2011. He deployed to Afghanistan in June 2012 as crew commander of a Bushmaster.

Private Poate was known for having outstanding leadership potential, which led to him to completing a promotion course for Corporal in 2011. He will be fondly remembered by his Brothers by Choice in 6 RAR as a larrikin and an incredibly professional soldier. Private Poate was proud of his family, his military service, his Canberra origins and his red hair which he vehemently defended as being strawberry blonde.

Private Poate has been awarded the following honours and awards:

During Private Poate’s service in the Australian Army he deployed on the following operation:

Statement on behalf of the family of Private Robert Poate

Robert attended Canberra Grammar School from pre-school to year 12, this period being two thirds of his short life. Robert was an intelligent student and a superb all-round athlete. He was awarded Blaxland House Colours and the Mark Sowell Award for outdoor education. He was Captain of the open grade Third Fifteen Rugby Football Team where he played as five eighth, and he regularly played with the Second Fifteen. In his final year at school, his football team presented him with the Players Player Award.

Robert was gregarious, charismatic, he made friends easily and had a wonderful sense of humour. His family and his friends meant everything to him. He loved the outdoor life, particularly camping, fishing and hunting. This love of the outdoors was a strong influence on his decision to join the Australian Army in 2009.

Robert was posted to the 6th Battalion, The Royal Australia Regiment (6RAR) where he quickly earned himself a reputation as a fun-loving person and a great mate to be around. There was never a dull moment when Poatey was present. He was a great morale booster and was known as a dedicated soldier, a quick learner and a man on a mission to go to Afghanistan. As a junior soldier, he was also identified for his leadership skills ahead of most of his peers and he completed an Infantry section commanders’ course.

Robert deployed to Afghanistan in June 2012 as crew commander of a Bushmaster vehicle with Mentoring Task Force 5 (3 RAR Task Force). The vehicle he commanded was regularly the lead vehicle in convoys and patrols. On 29 August 2012, Robert was tragically killed along with two of his mates by enemy fire at Patrol Base Wahab, Uruzgan Province, Baluchi Valley, Afghanistan.

Hugh, Janny and Nicola are left with wonderful memories of Robert, particularly his ever-present smile, his great sense of humour and his unconditional love. 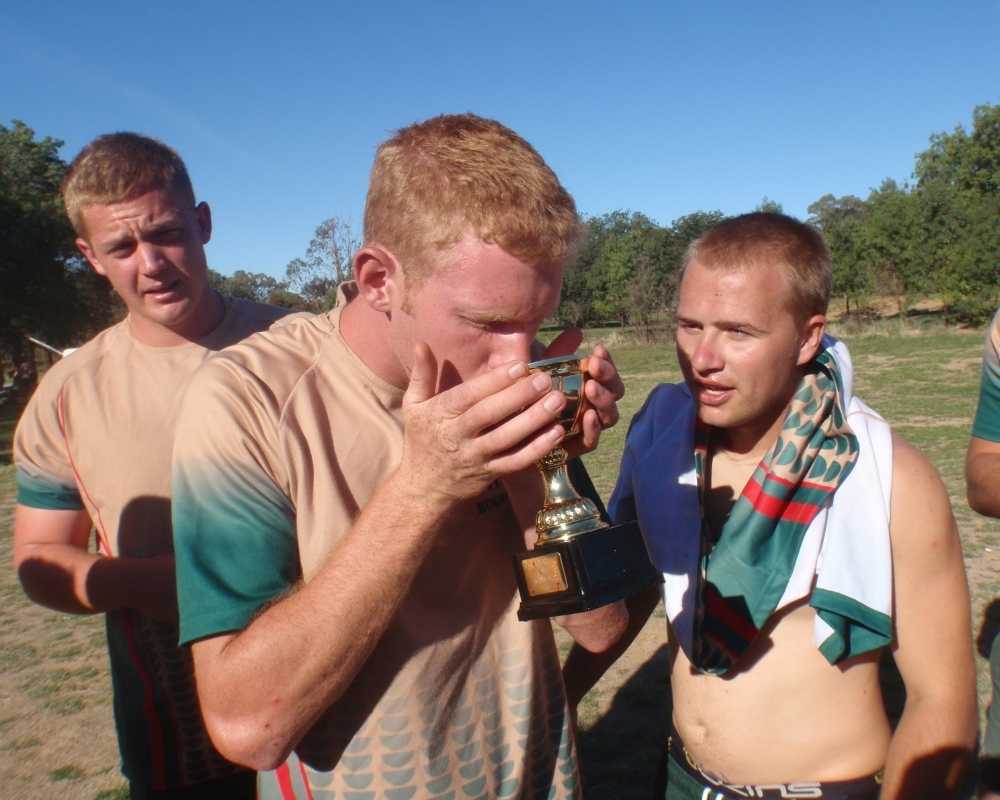 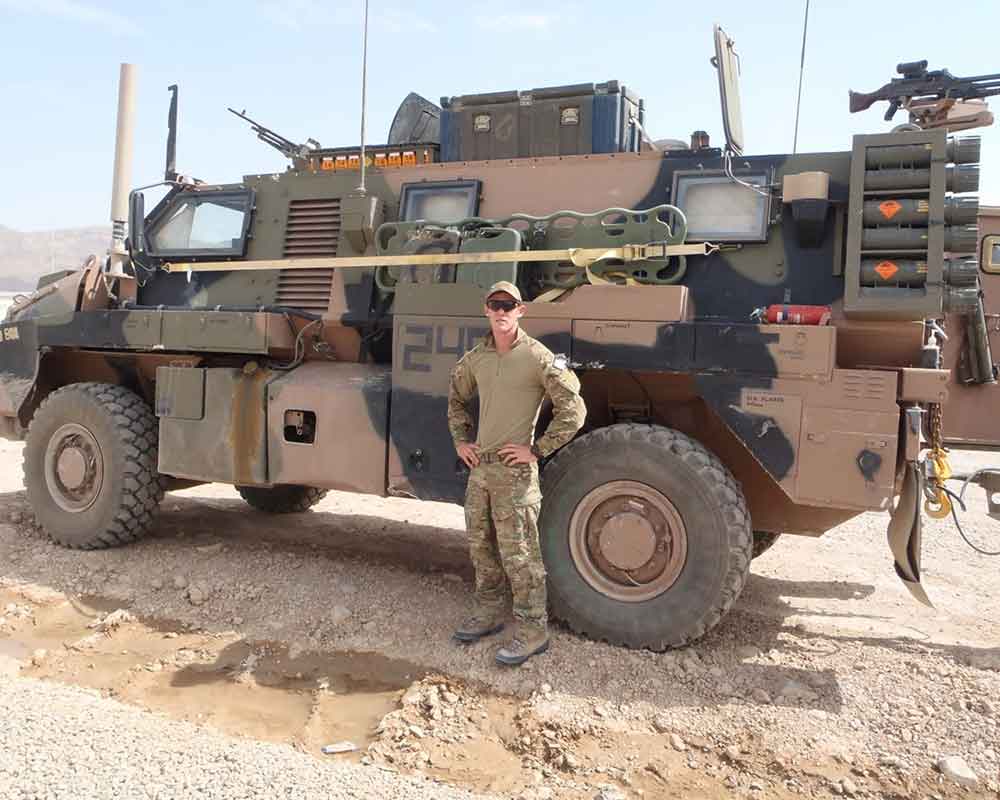 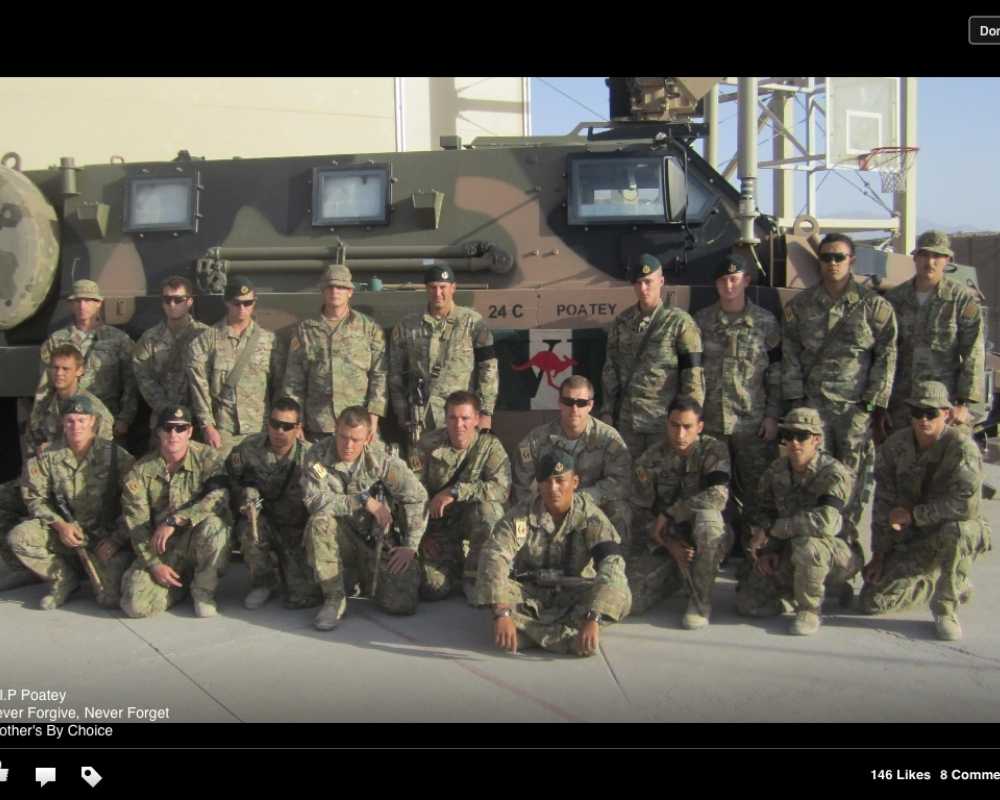 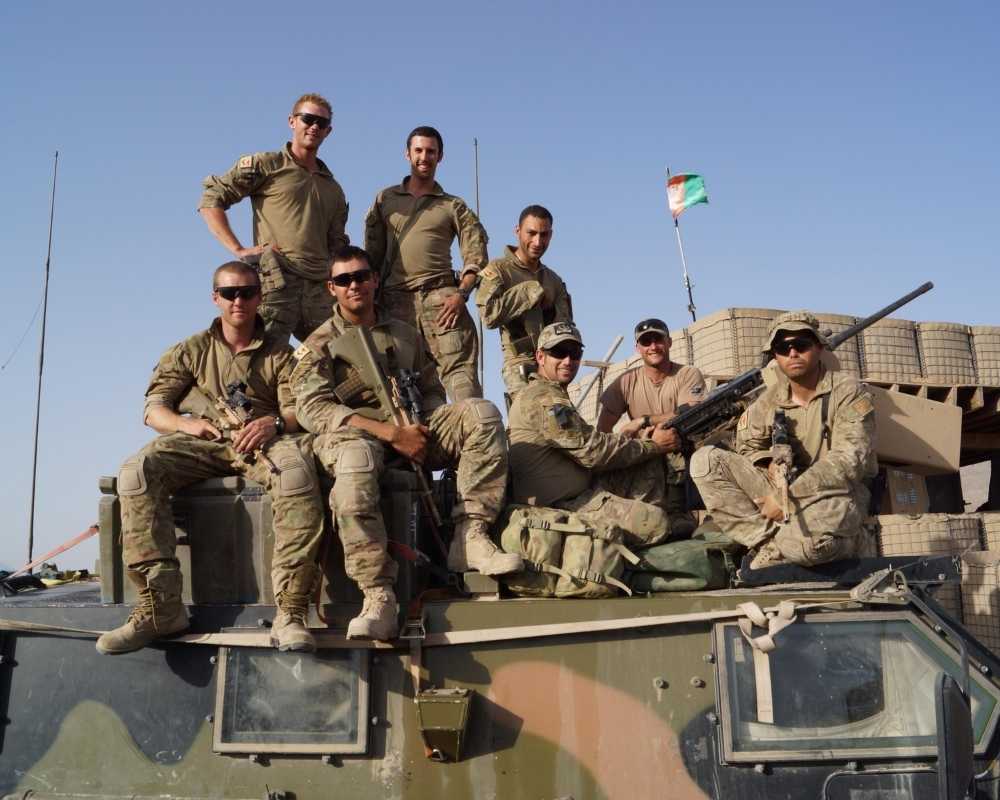 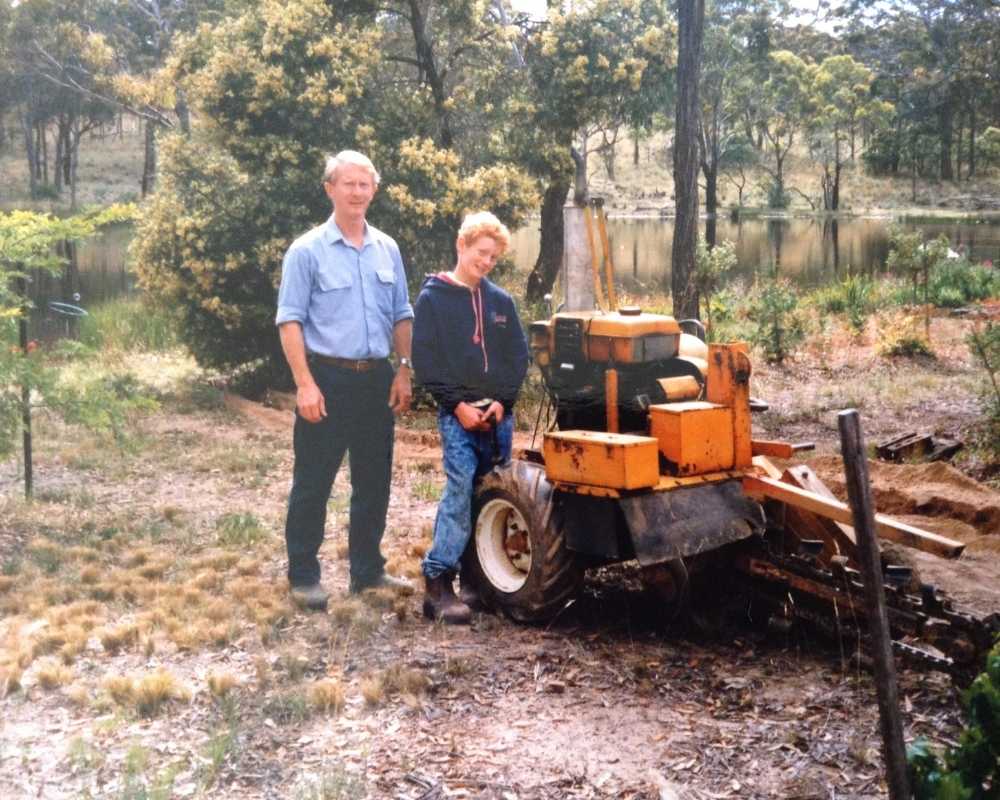 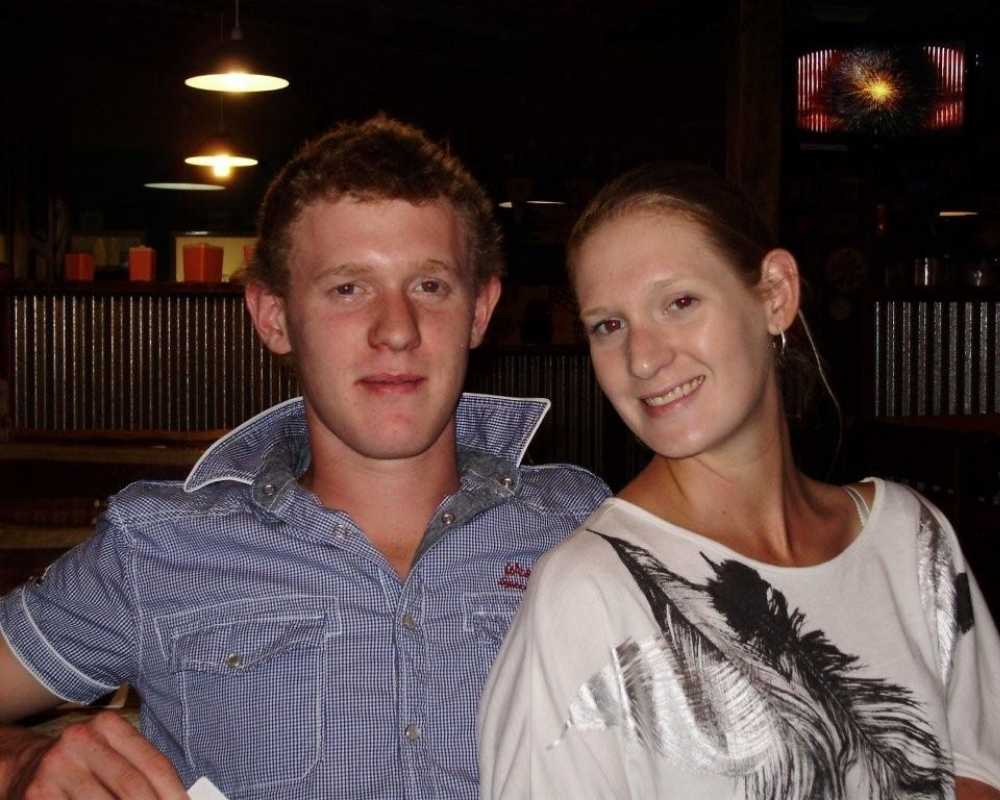 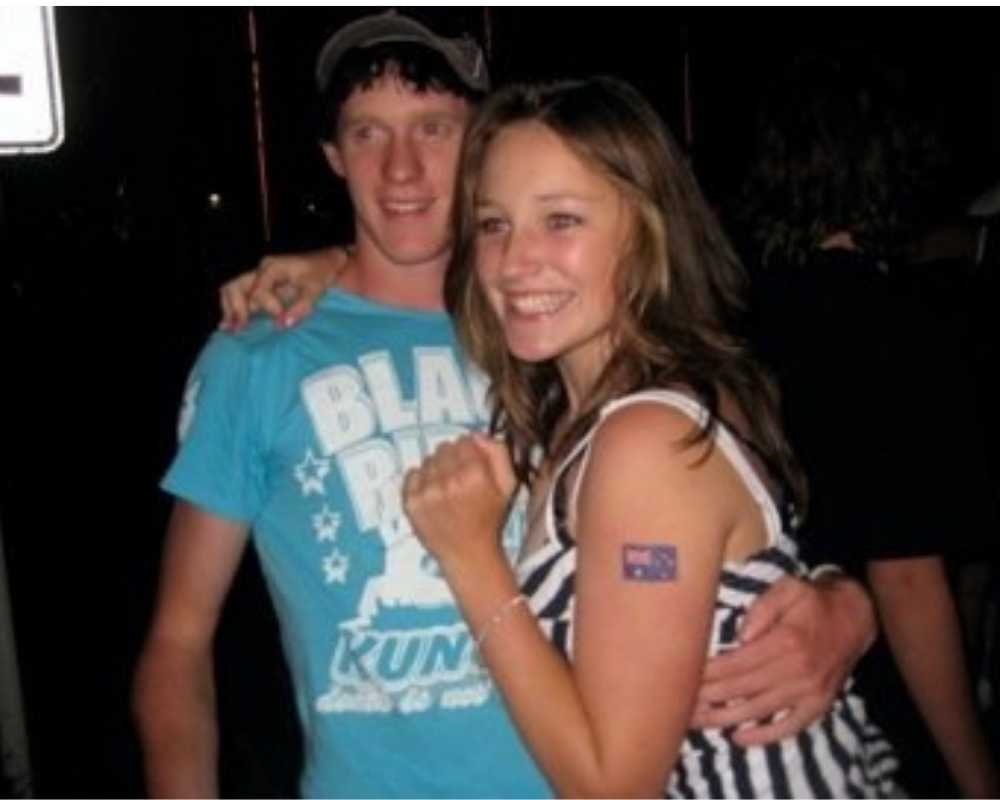 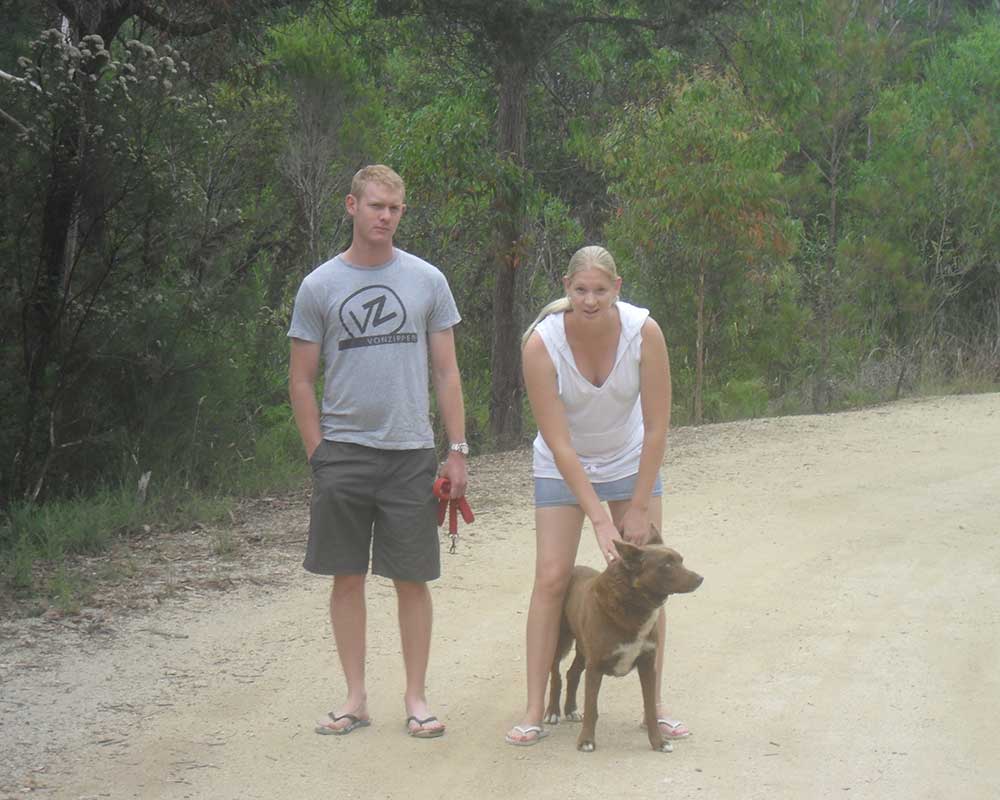 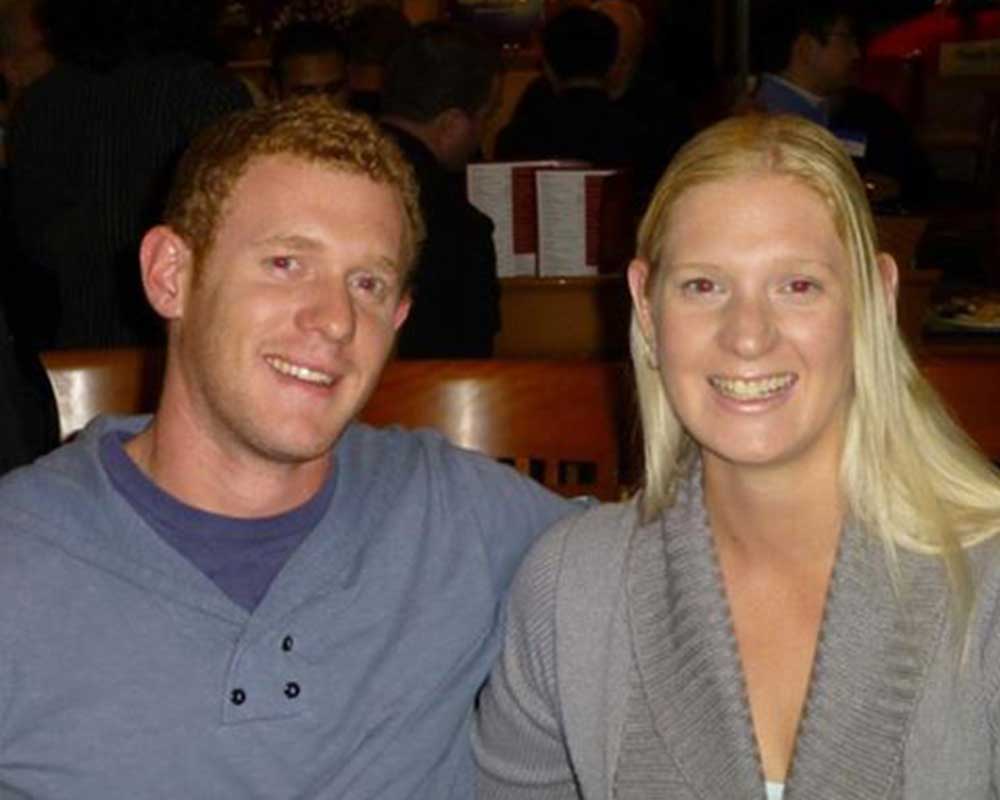 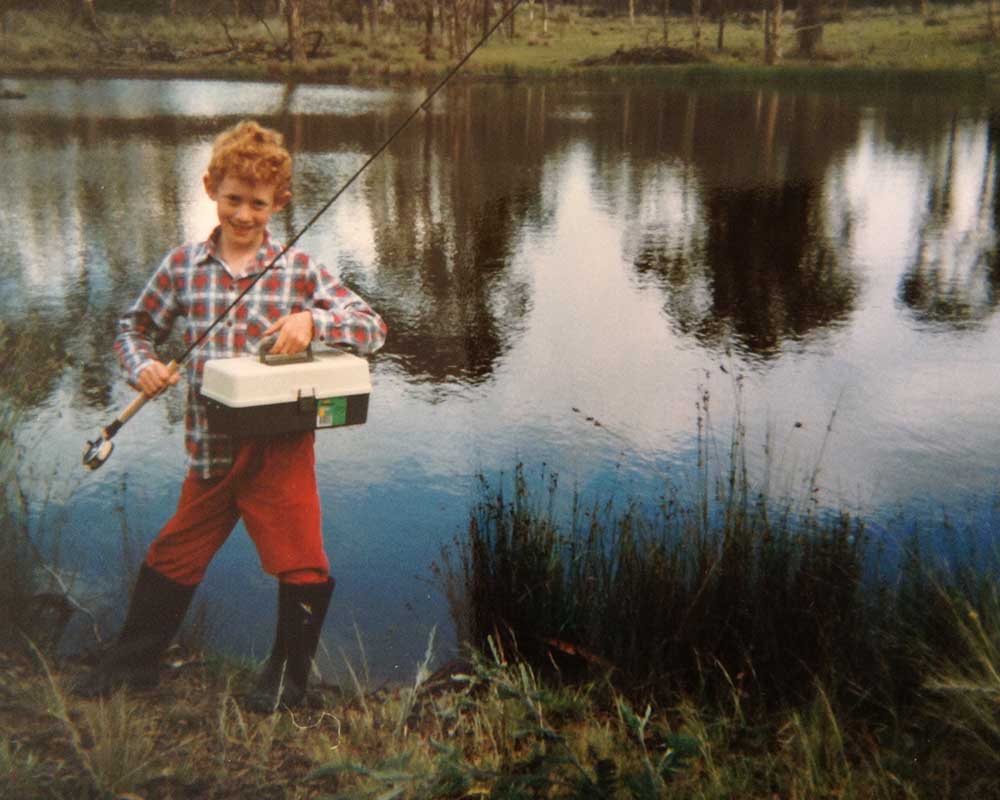 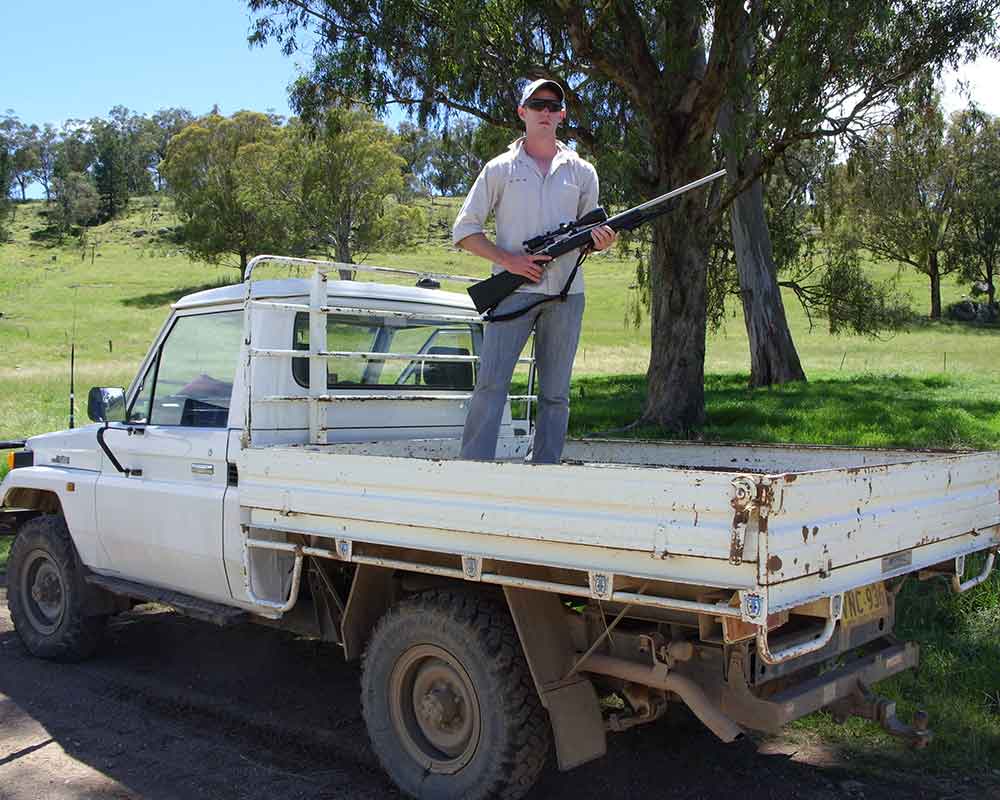 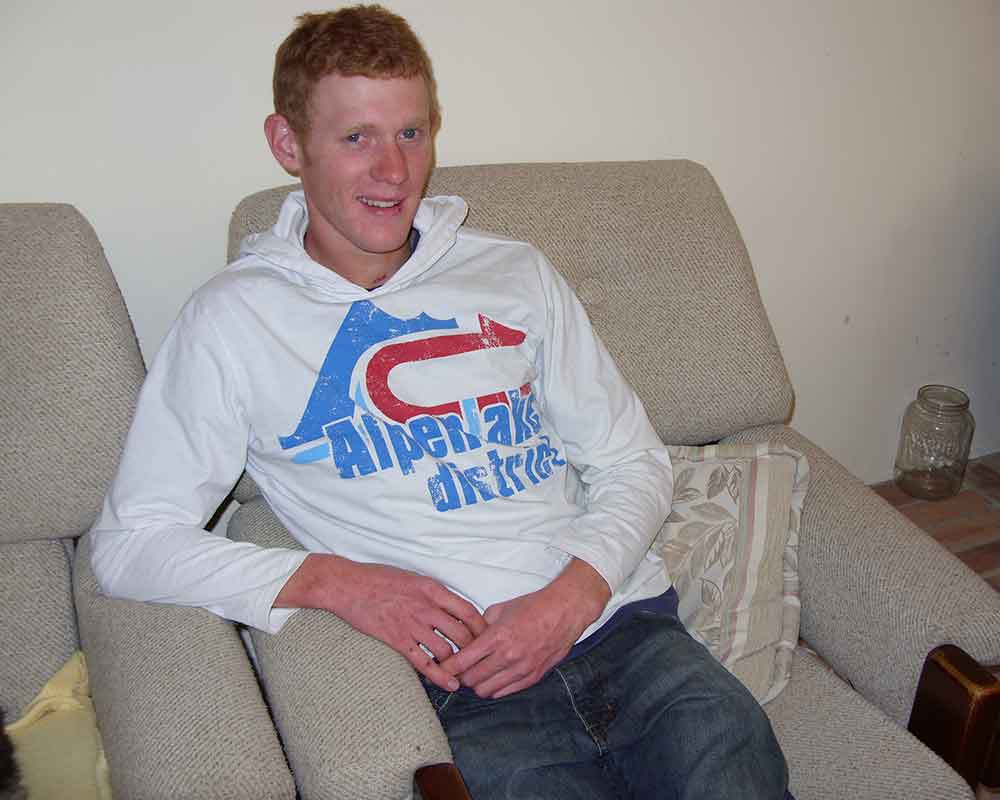 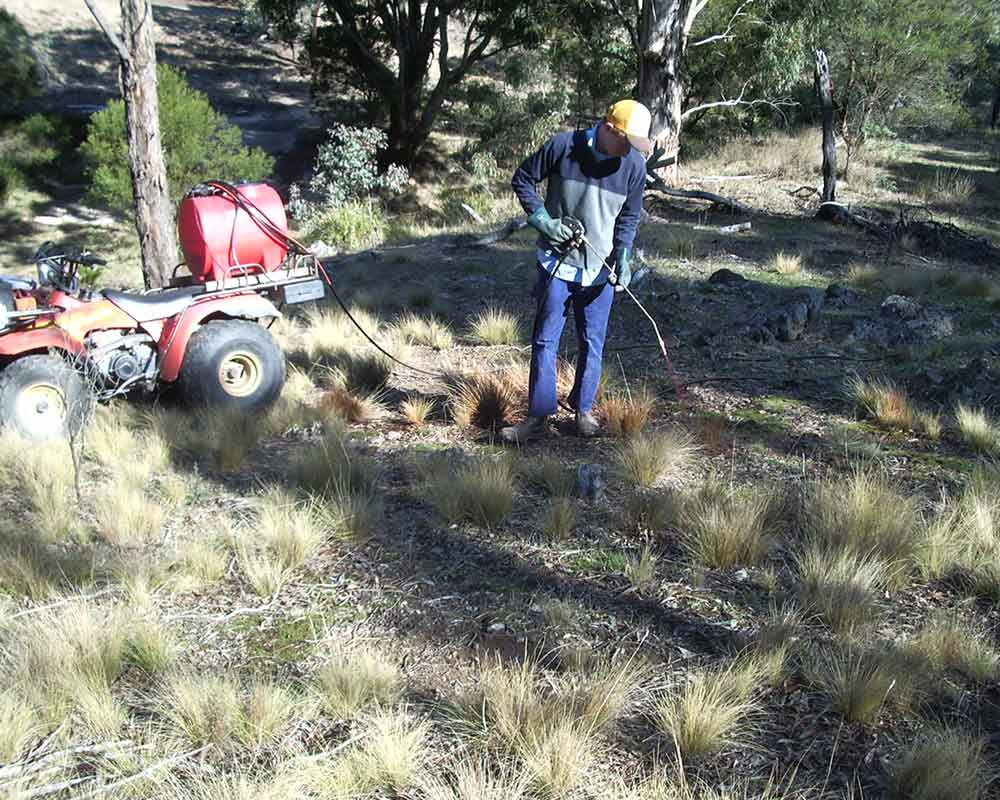 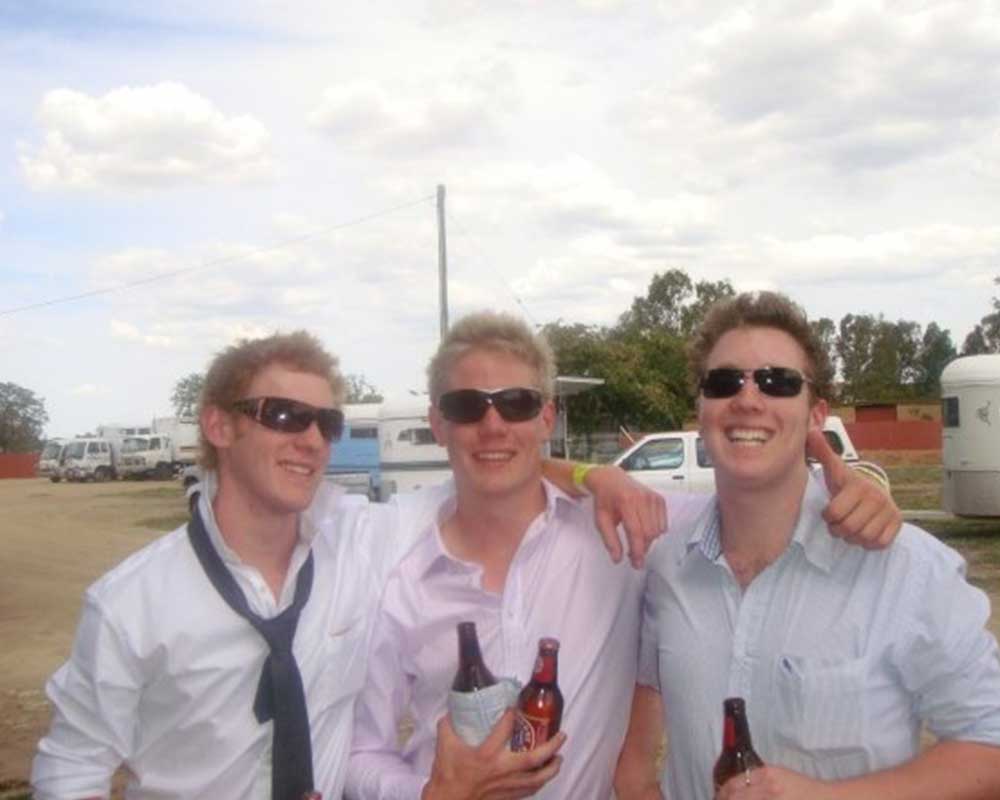 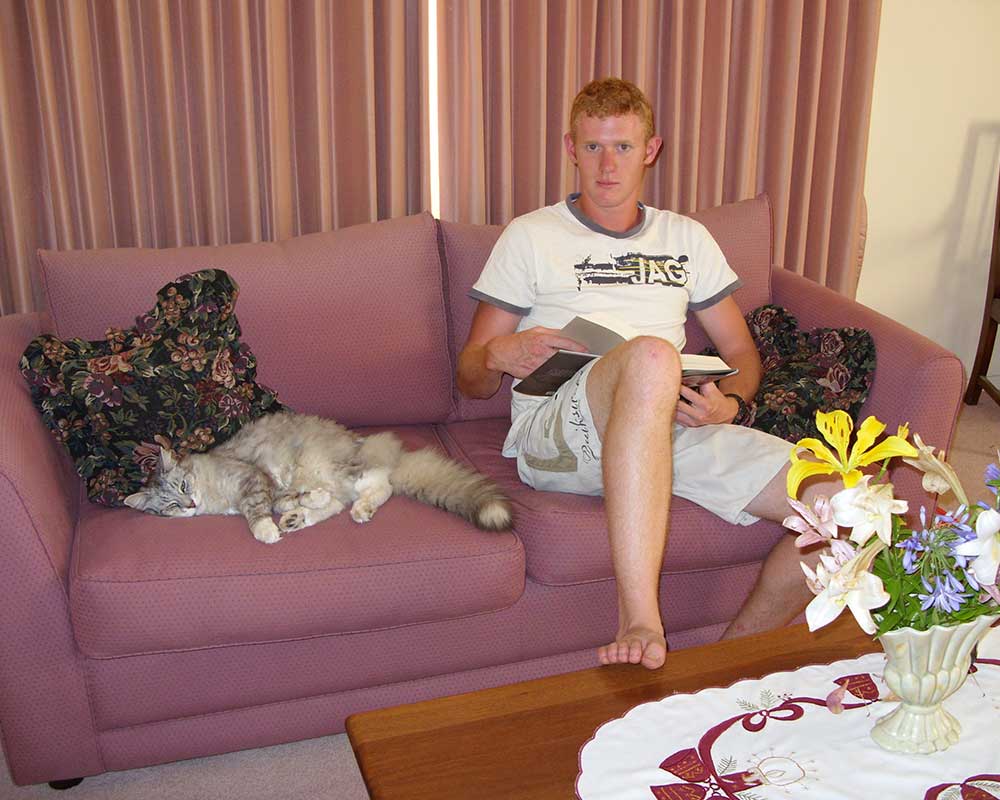 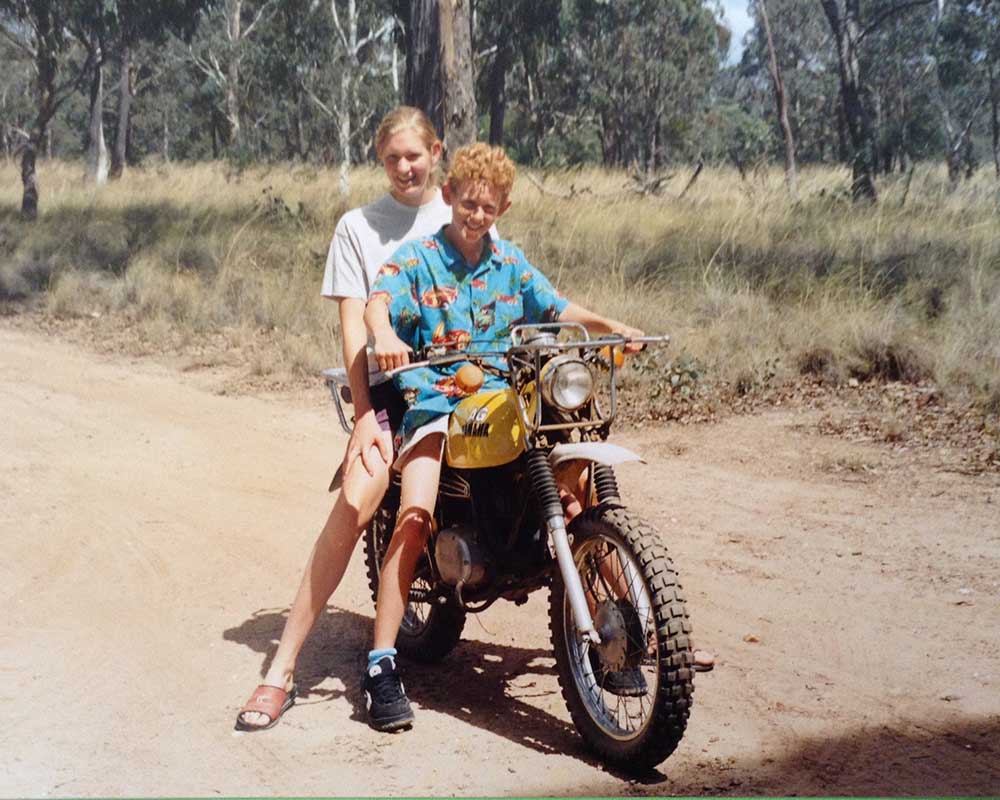 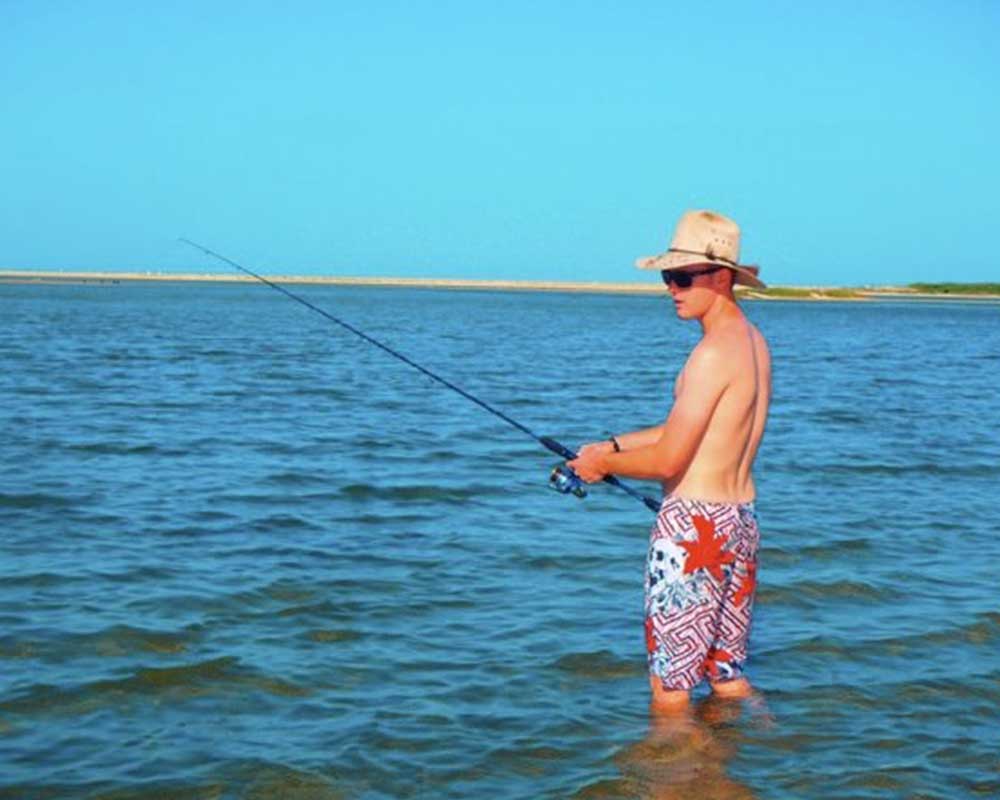 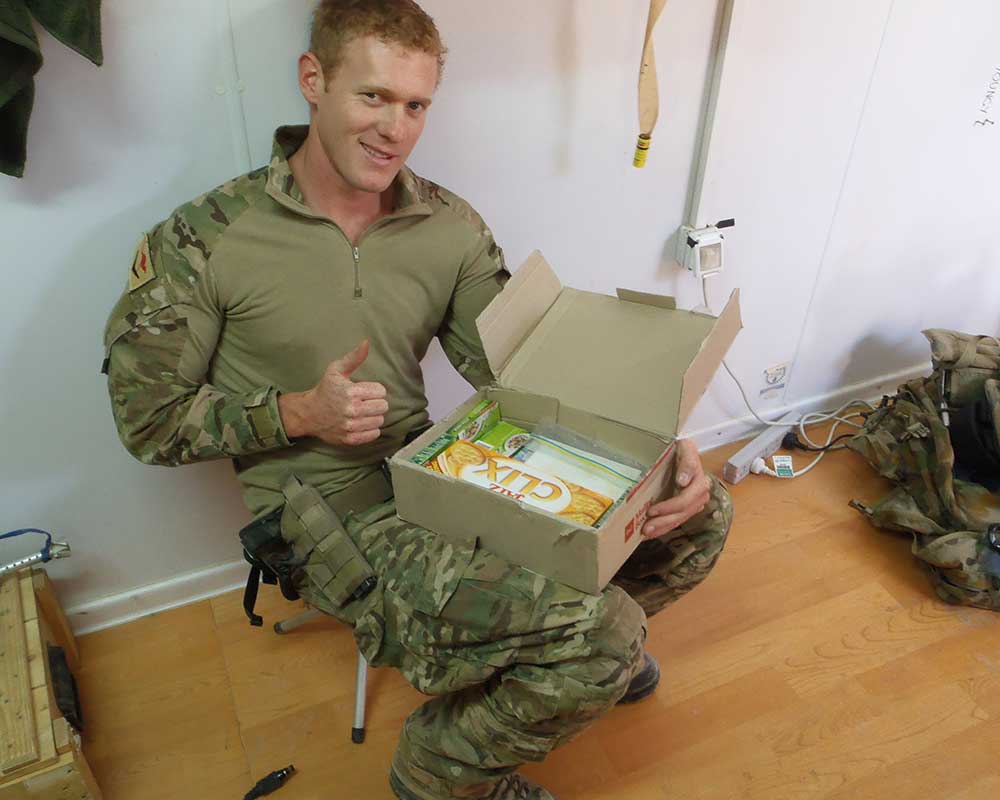 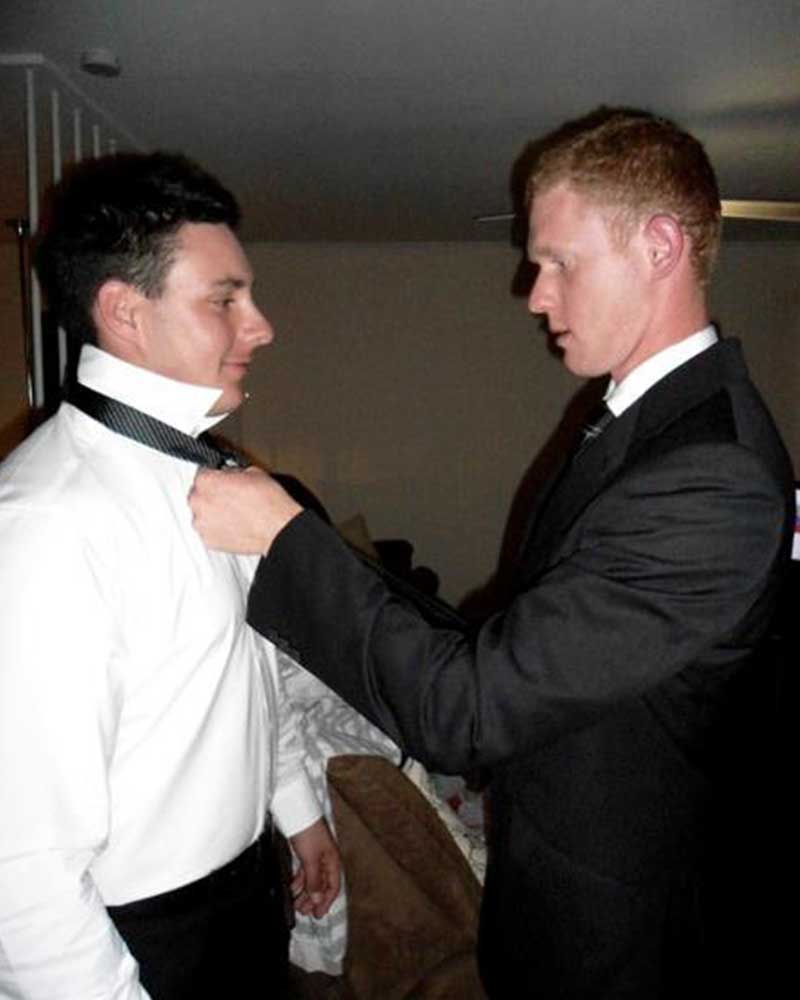 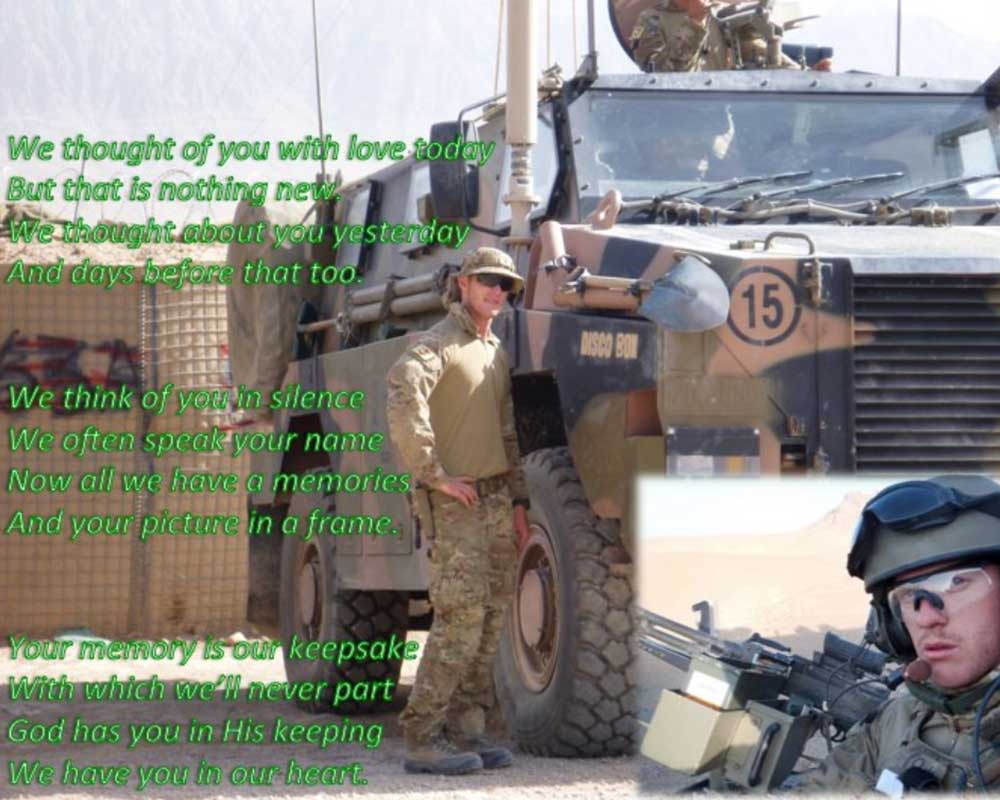 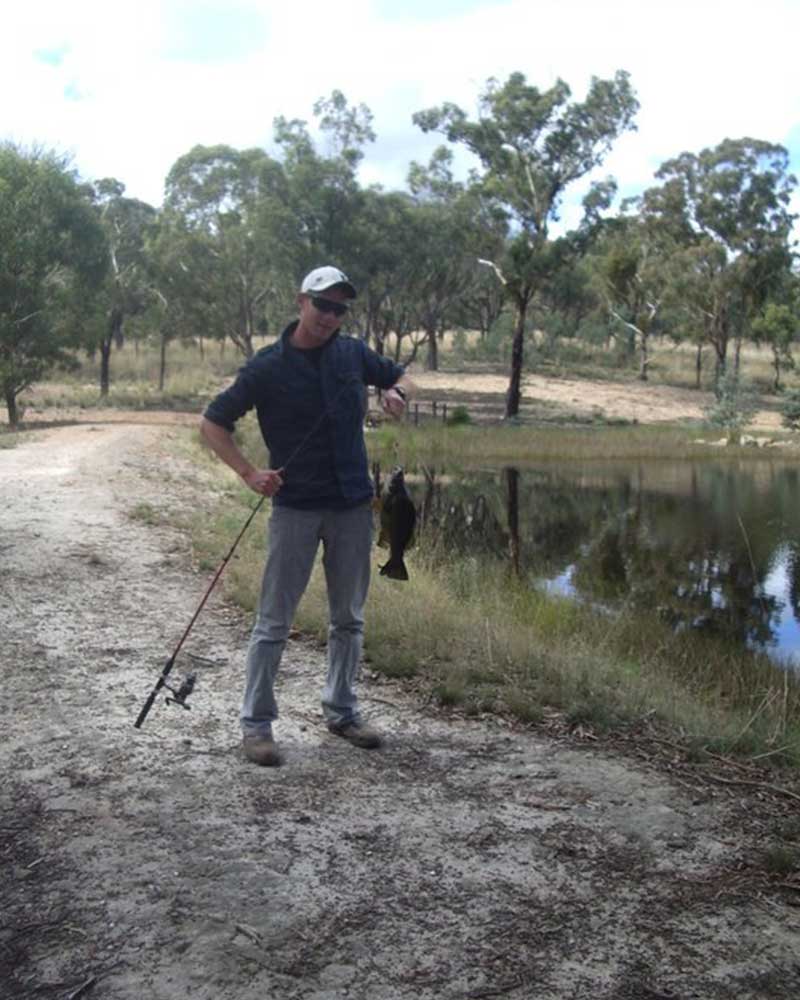 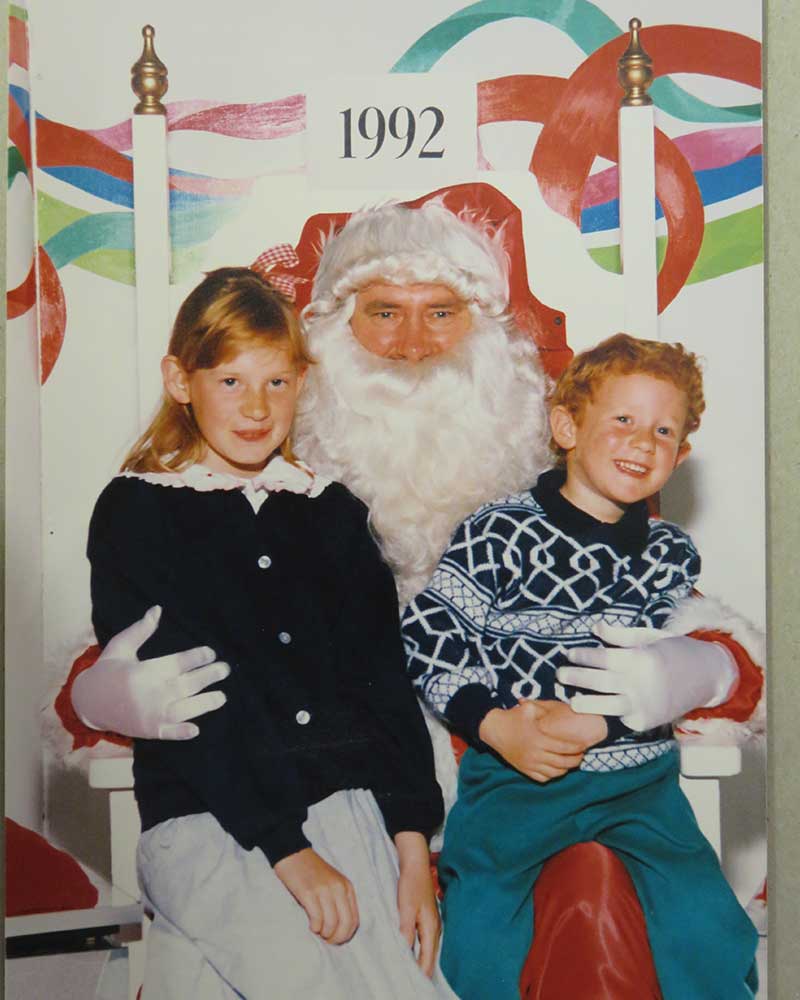 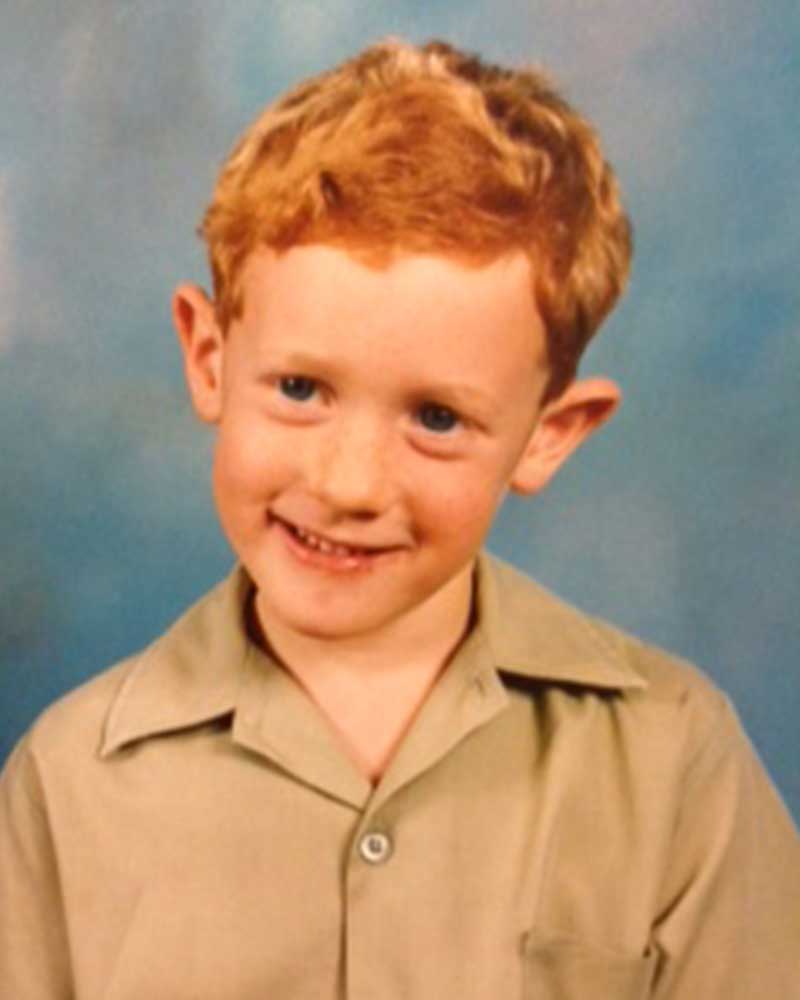 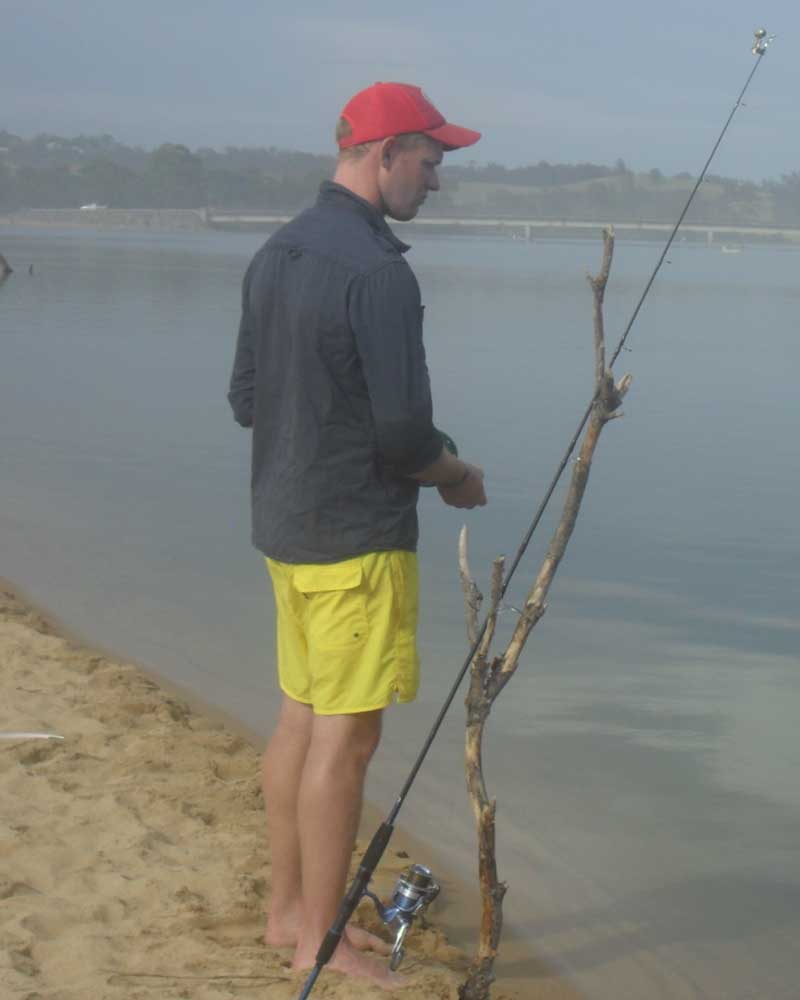 Written and Sung by Alice Gibbson, 2013

That morning we heard, that we’d lost a brother
So heartless and cruel, by the hand of another
We weren’t prepared, I guess you can’t be
At just twenty-three, such a tragedy

We sat there in rows, and tears flowed freely
And dear ones they spoke, of you so fondly
A room full of grief, heartbroken faces
When they marched you out, there was nothing amazing about that grace

So today we gather, in your honour
We try to be strong, we lean on each other
And we miss your smile, that cheeky grin
So we’ll raise a glass, until we meet again

That morning we heard…