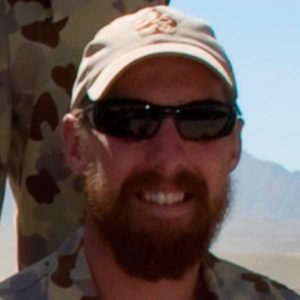 SGT Brett Ian Till was born on the 9th of June 1977 in Canterbury Hospital to Mother Susan and Noel. Brett, the middle brother between Troy and Glen growing up in Seven Hills where he attended his schooling from an infant all the way up to his high school years at Seven Hills before moving to Blacktown Tafe for engineering.

Brett predominately worked in automotive heavy engineering positions which really matched his hobbies of Cars, motorbikes and flagging for motor sports. Although after meeting Bree and becoming a doting father to Jacob, Taleah and Ziggy, Brett discovered that he loved Fairy Tales and Nursery Rhymes with the children equally.

Brett decided he would join the Australian Army and after Kapooka, he trained as Combat Engineer. 2002 transferred to 1st Combat Engineer Regiment. Deployed on Operation Relx II on border protection. 2005 posted to Incident Response Regiment as Lance Corporal and later promoted to Corporal and completed the Explosive Ordnance Reconnaissance Course. 2007 was posted to School of Military Engineering as an Instructor and then in 2008 completed the Explosive Ordnance Disposal Course. In late 2008, he was posted back to Incident Response Regiment as Explosive Ordnance Disposal Technician. Brett then deployed to Afghanistan with the Special Operations Task Group in 2009.

Unfortunately, Brett was taken from us in Afghanistan on the 19th of March 2009.

Brett was a very caring person. Brought up by a single mum, he loved to twist himself as the saying goes, around his mother’s little finger but he also learnt to help as much as he could as he grew to adulthood. He bought that caring attitude to his own family together with Bree.

Brett is missed by us everyday. 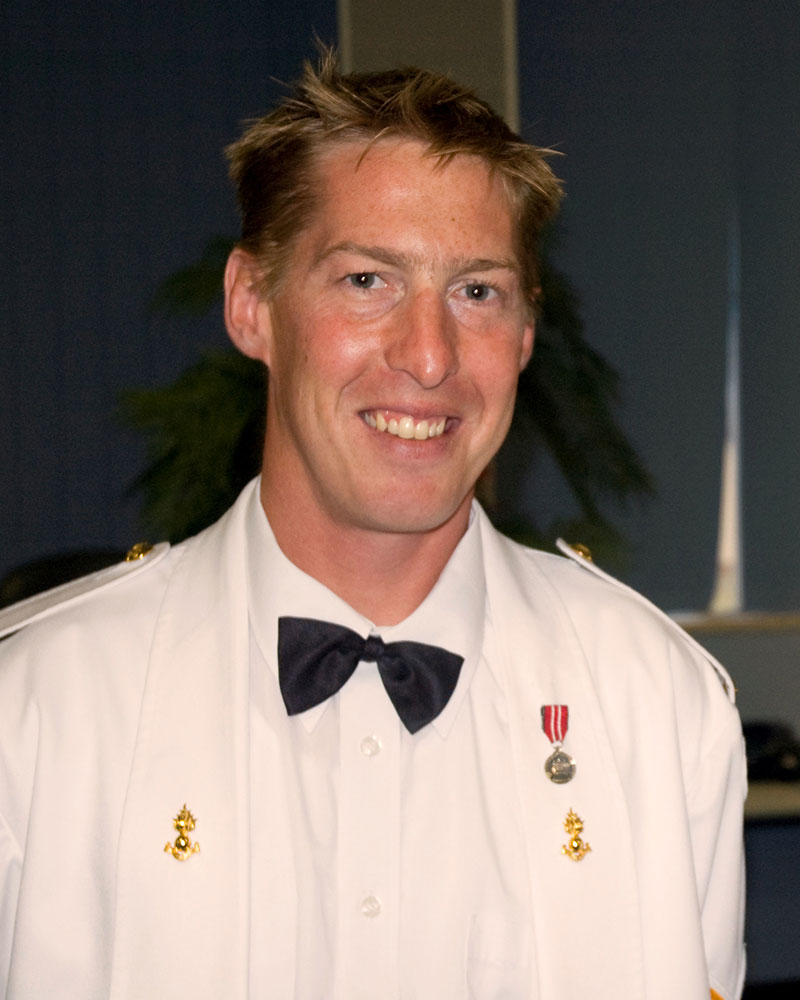 Sergeant Till, aged 31, lived in Sydney with his wife and two children. His immediate family is currently receiving support from Defence representatives.

The Chief of the Defence Force, Air Chief Marshal Angus Houston, paid tribute to Sergeant Till and his extraordinary bravery.

“Sergeant Till’s selfless act to protect his mates and innocent civilians is a mark of the character of the man,” Air Chief Marshal Houston said.

“My thoughts and prayers are with Sergeant Till’s loved ones at this difficult time. His sacrifice will never be forgotten.

In 2002 Brett was posted to the 1st Combat Engineer Regiment where he fulfilled a number of sapper roles and qualified in a range of mechanised combat engineering tasks. Also in 2002, Brett deployed on Operation Relex II which focused on border protection to the north of Australia.

In 2005 Brett was posted to the Incident Response Regiment as a Lance Corporal within the Chemical, Biological and Radiological Response Squadron and in late 2005 he was promoted to Corporal and completed the Explosive Ordnance Reconnaissance Course.

In 2007 Brett was posted to the School of Military Engineering as an Instructor and in 2008 was given the opportunity to complete the Explosive Ordnance Disposal Course.

In late 2008, Brett was posted back to the Incident Response Regiment as an Explosive Ordnance Disposal Technician and deployed to Afghanistan with the Special Operations Task Group in 2009.

Brett was tragically killed by an explosion that occurred while he was attempting to render safe an Improvised Explosive Device during a route clearance operation in Southern Afghanistan on Thursday, 19 March 2009.

Brett’s work on that day saved the lives of his mates. His selfless act to protect his mates and innocent civilians is a mark of his character. He was a man who, with his team, would deliberately place himself directly between dangerous and unstable high explosive devices and the soldiers of Special Operations Task Group on a daily basis. This ensured that they could carry out their important mission.

Brett joined the Army to form a career that would provide for his two beautiful children. He lived in Sydney with his wife and two children – his wife recently gave birth to his third child.

Brett was extremely grateful for the opportunities his Army career had provided and committed himself admirably to fulfilling his role at work and at home. Brett was not a hateful, spiteful or revengeful man.

He was good, humble and honourable with unequivocal, uncomplicated intentions.  Brett will be greatly missed.

Personal Statement Released On Behalf Of Bree Till, Wife Of Sergeant Brett Till

On Saturday 5 April 2008, Brett and I had the most extraordinary wedding. It was beautiful – at the crack of dawn, new beginnings to a promised long life, together, forever and ever. We still get excited to say he’s my hus band and I’m his wifey! To receive the news almost a year afterwards that my gorgeous has been killed was an experience that I still can’t quite comprehend.

Brett was such a beautiful man. His smile would crack the frowns off a hundred faces. He joined the ADF with the view that this was the best means to provide for his two beautiful children. He was extremely grateful for the opportunities this path provided and committed himself admirably to fulfilling his role at work and at home.

I need you to know, he was not a hateful, spiteful or revengeful man. He was good, humble and honourable with unequivocal, uncomplicated intentions. So please, a request. Don’t use my lovely’s death as a statistic or opportunity to push political agendas or argue the worth of our soldiers’ role. Use it as a chance to meet a man, to praise a man who is perfect in so many ways. Who has left me a gift which I will treasure, forever and ever.

If people wish to respect the memory of this great man… this brilliant father, this compassionate son, this reliable mate, this wonderful loving husband… then do good things. Speak and listen, don’t stomp or bicker. Smile, chilax and think about what is important and what is trivial. And commit yourself to making choices that are right, not wrong. Simple. Uncomplicated. Good.

To all the people who have sent their condolences, they are certainly heard and do help – I am so glad that so many people got to meet the man I cherish so much, and we have an opportunity to unite in his honour.

Brett, gorgeous , I miss your cuddles, I know you’re there, I hear you, I feel you. Know that your kids will be reminded every day of the man you are. I guess I will have to change a nappy after all.

Personal Statement Released On Behalf Of Susan And Leigh Staden, Mother And Step Father Of Sergeant Brett Till

Oh! Brett, you gave so much to me. I wish we had you longer but see you have been taken from us.

Thank the lord you had a good life, met the woman of your dreams who became your wife.

You leave us gifts of son and daughter and one on way and we will all love and miss you every day.

We will tell the children of how special you are and how your love will travel with them afar.

We’ll love you always and every day, I know you will look into our hearts and be with us that way.

Personal Statement Released On Behalf Of Noel And Cathy Till, Father And Step Mother Of Sergeant Brett Till

Brett my son, where did all the years go, a moment ago you ran on for your first soccer game. How did I miss telling you a thousand times how much I loved you? What secret and personal things did we miss sharing together? Something special has been taken from my world and I can’t find the words to describe my loss.

I will be forever proud of Brett, for his devotion to his wife and children, for his selfless concern for the well being of others and his dedication to his mates and country. What more could anyone ask. Yet he gave more.

We are an extended family and separated by distance and circumstances as we were, a determined Brett always found time to include us in the milestones of his life. Brett has provided my wife and I with wonderful grandchildren and memories that will keep him alive in our hearts forever.

I can’t say that we will never see you again. As I know that we will meet up, in thoughts, photos and in our dreams. I feel such privilege to have been part of your life, be it only a small part. The five weekends that we shared in Brisbane, while you were there for Sergeant training, were some of the happiest memories we will treasure. Your Dad came a little further out of his shell when you were with him and we will cherish that time forever.

We are all so proud of you. Your caring heart and your peaceful nature, we feel very empty just now, but with time, will soon take comfort in knowing that you will always be with us.

Thank you for letting us into your life.

Personal Statement Released On Behalf Of Kerrie And Peter Barclay, Parents In Law Of Sergeant Brett Till

As parents in law of our loved and precious son -in -law Brett we pay homage to a man who has been the best father and husband that anyone could wish for. He was the love of our daughters’ life and father of his two young children and their unborn child who will now keep him with us in spirit.

We can picture Brett in his roles, wearing his khakis, brushing and plaiting his daughter’s hair and getting his son ready for school before going to work doing what he was proud to do. He was a courageous kind and calm, peaceful, respectful and endearing man with a great commitment to his family, a decent and brave human being who died doing what he was trained to do. He joined the army to do the best for his family and in doing so became part of the army family, enjoying and holding dear friendships that go far and beyond that of most people. In this terrible time they have been a rock to his wife and children and show the type of support that Brett would give any of them if the circumstances were reversed.

Our daughter has lost her beloved soulmate, his children a wise and compassionate guide through life. We have lost a beautiful human being, his mother and father and brothers and sisters nieces and nephews a part of their life, a friend and a beautiful soul…