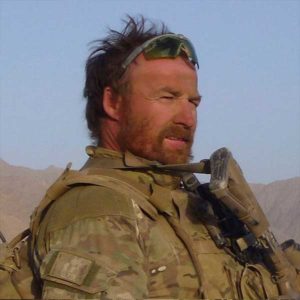 It is with deep regret the Australian Defence Force announces the death of Sergeant Todd Matthew Langley during operations in Afghanistan on 4 July 2011. Sergeant Langley was deployed as a Commando Section Commander and this was his seventh operational deployment.

Sergeant Todd Matthew Langley was born in Margaret River, Western Australia in 1976. He enlisted in the Army on the 18 April 1993 and transferred to the regular Army on the 14 September 1994 and was posted to 1 RAR. On completion of the Commando selection and training course in 2004 was posted to 4th Battalion, Royal Australian Regiment (Commando), now 2nd Commando Regiment.

Sergeant Langley was an extremely experienced Section Commander who always set an example to all those who had worked with him. He was an exemplary Commando, a warrior and a leader who gave his best, and always got the best out of those around him. Sergeant Langley was universally respected by all the men and women of the 2nd Commando Regiment. Even after his death, his comrades remained inspired by the man he was and relentlessly took the fight to the insurgents.

During Sergeant Todd Langley’s service in the Australian Army he deployed on the following operations:

Statement on behalf of the family of Sergeant Langley

Defence releases the following statement on behalf of Sergeant Langley’s wife, Reigan and his parents Val and Neville Langley.

Todd was an all round great guy. At work he was a soldier’s soldier, a true professional who took pride in his work and who was caring.

The Army had been part of Todd for all of his adult life. His job saw him based out of Townsville with 1RAR for eight years and Holsworthy for the past seven where he served with 2 Commando Regiment.

Privately, Todd was a loving son who had grown up in the Western Australian towns of Katanning and Broome Hill. He was also a husband and father to three beautiful girls and a young son who has inherited his Daddy’s personality.

We have some wonderful family memories, including a holiday before Todd’s deployment which we will always cherish. There are so many wonderful things we will remember about Todd, including his competitive streak when playing board games, his fascination with world affairs and the fact that he was a big kid at heart.

The children are so proud of their Daddy and the work that he did. They knew their Daddy was a soldier and would miss him terribly each time he went away, but they and the rest of the family were always so proud of him at the same time.

We are so devastated by Todd’s passing. He was a beloved son, husband, father, brother, uncle, son-in-law and brother-in law who will always be in our hearts.

We understand that people are interested in Todd’s life and mean the best, but our focus is on the children at the moment so we ask for our privacy.