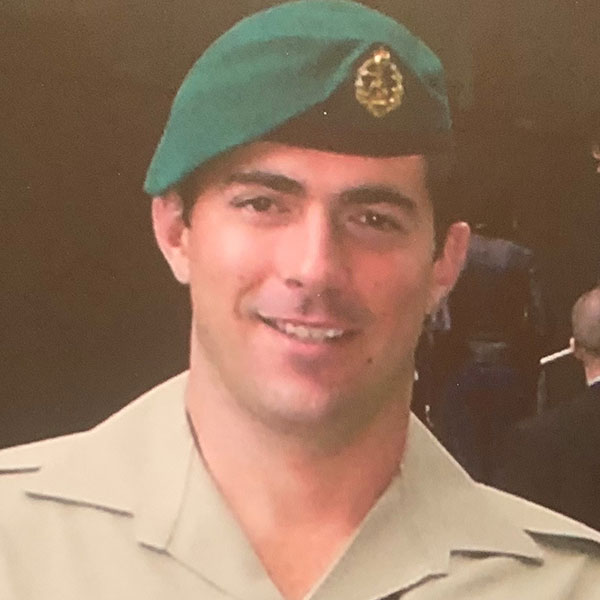 Mason was born in Birmingham, UK, on 20 February 1979. He was born prematurely and due the strikes in the UK at the time, he was transported to a Special Care Nursery in an Army vehicle – thus was the beginning, perhaps, of his love of the military.

Mason was a member of 20 flight Air Training Corps and reached the rank of WO2. He was drawn to the Ground Defence at Amberley Air Base and began training for the first direct entry into Special Forces by running the perimeter of the base in full ‘knight’s’ armour made by his WO Tex Bryson who was his mentor.

In 2004 Mason was accepted into what was then 4CDO and after initial training, was based at Holsworthy Barracks in Sydney. 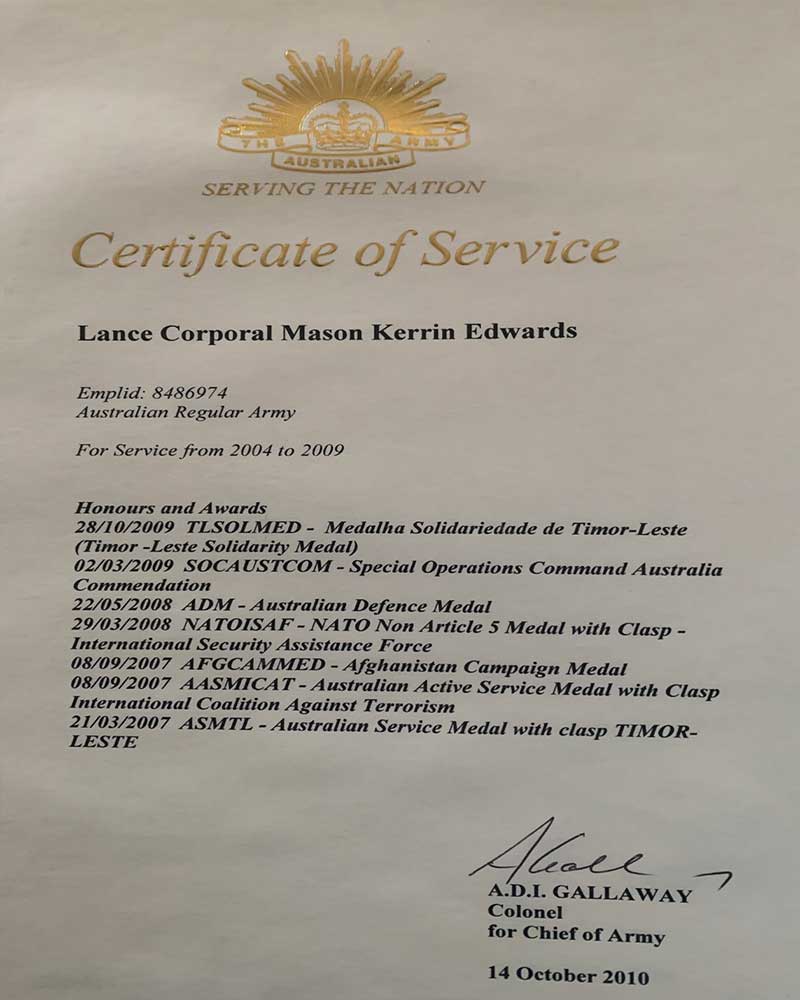 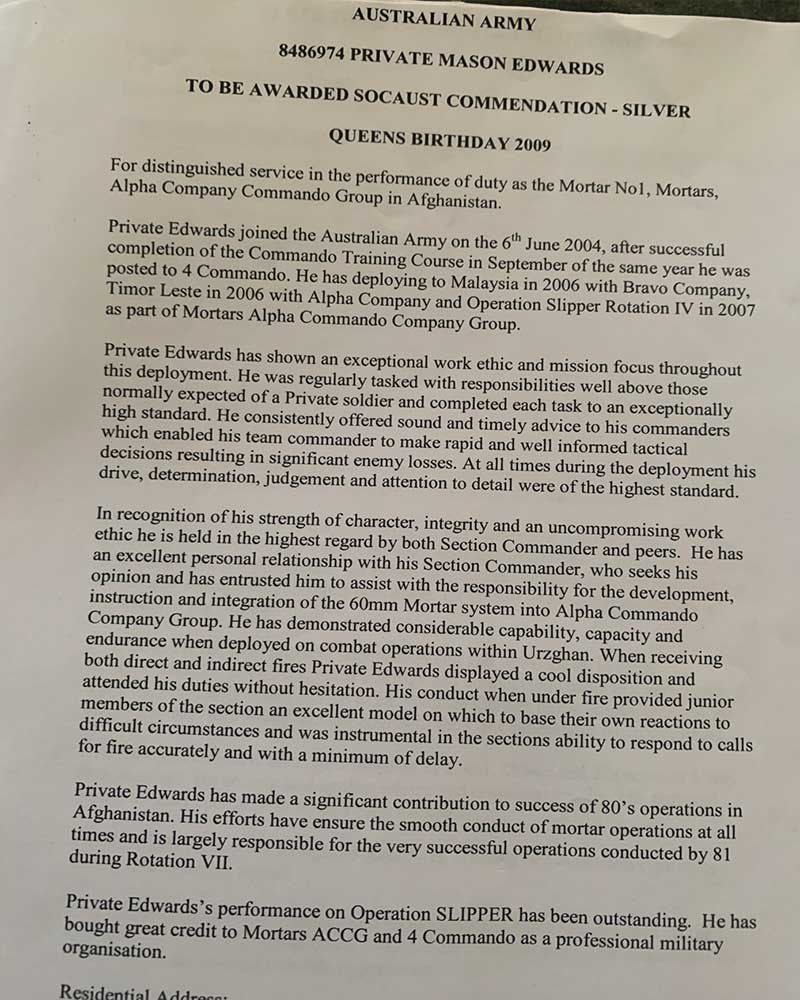 Below are his own words written before his last deployment to Afghanistan – these words are engraved in a 15 tonne rock that was choppered into Cultana and stands on the spot where he died:

“I want everyone to know that I love this line of work, the unit and the guys I work alongside. We do what we do for many reasons. I need little more reason than this – anyone of us could have been born in this country (Afghanistan), but we are the lucky few who enjoy a lifestyle unsurpassed by anyone in the greatest country on Earth (Australia). As a final note, I tell my family, friends and my one and only Cassie that I loved them all until the day I died. I will stay young forever, and I will love them forever.” 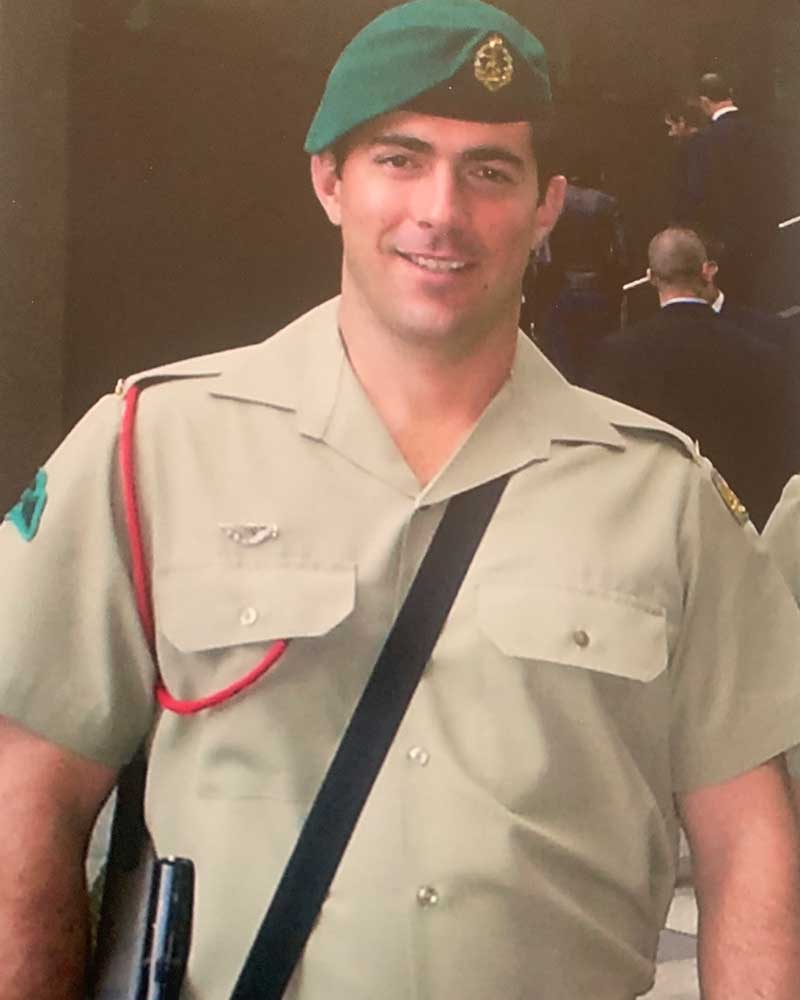 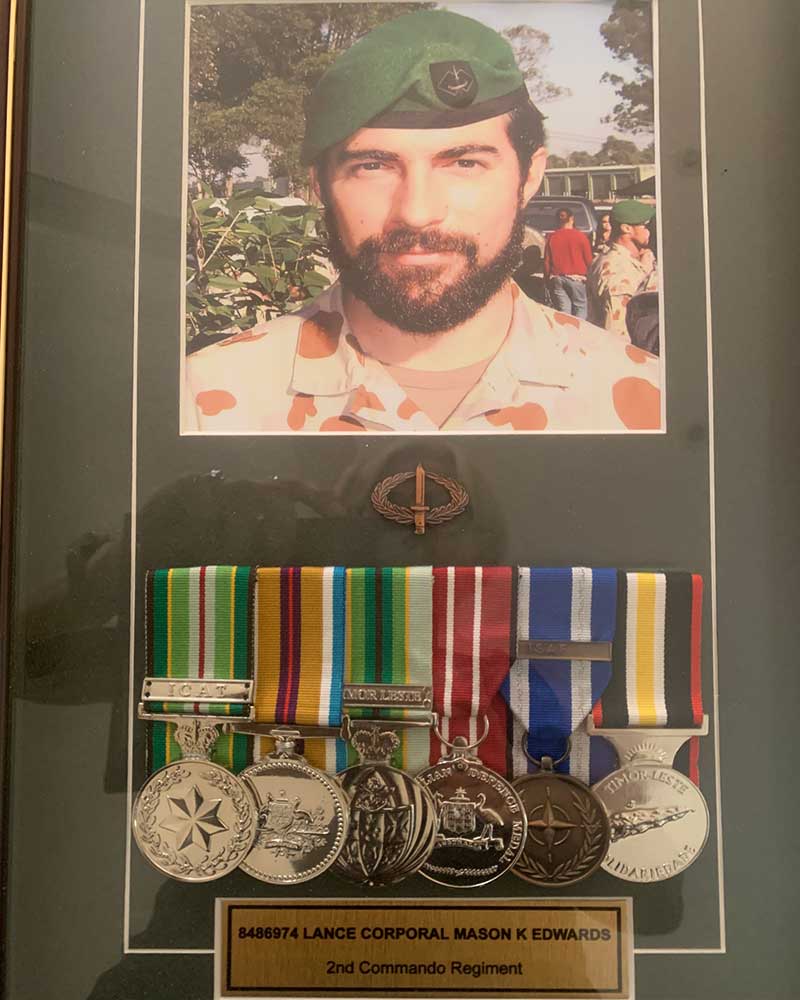 Mason continues to be loved by so many, and particularly by his Mum, his sisters, his brother, his extended family, friends and brothers in arms. 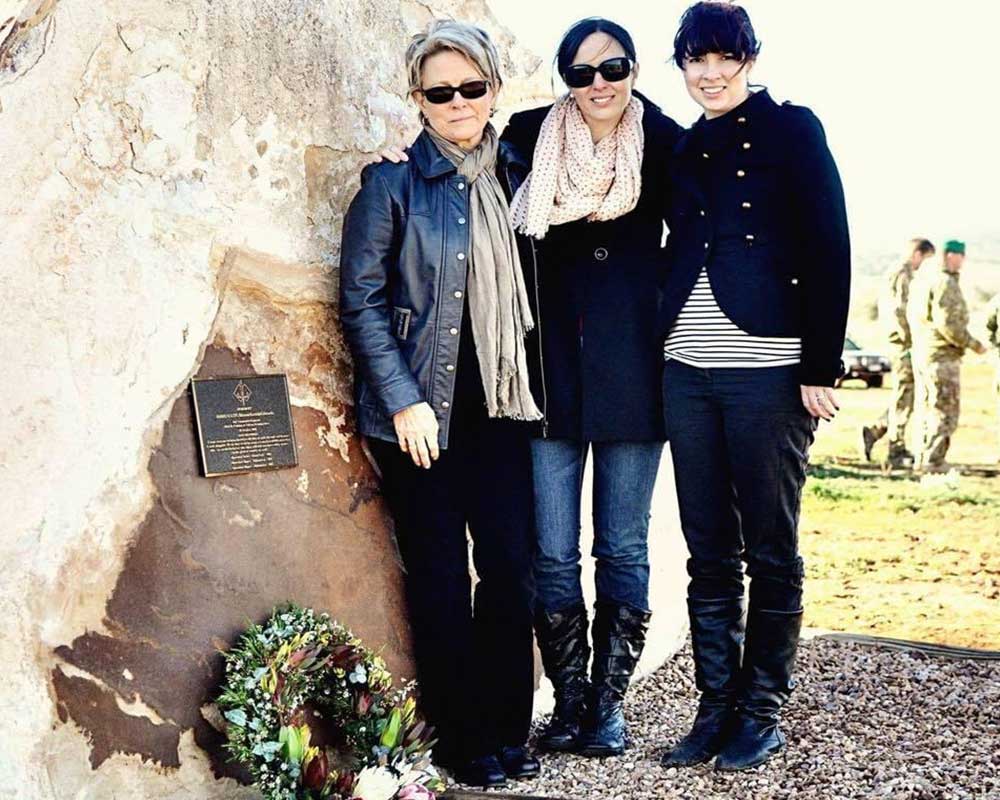