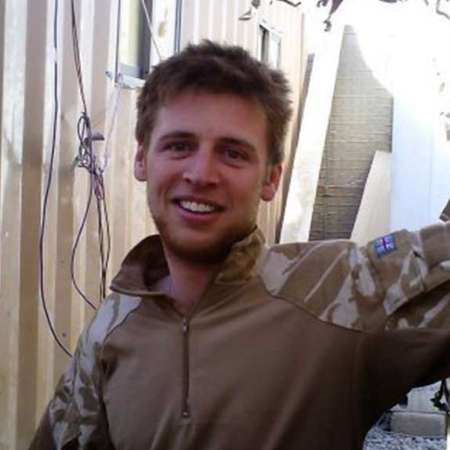 Stuart was born on 19th April, Easter Sunday, in 1987, and died as a result of wounds received in action Hellmand province Afghanistan on the 17th December 2008.

He attended Samuel Gilbert School at Knightsbridge in Castle Hill, and then went on to William Clarke College where he completed his HSC in 2004, he was a character and made many friends. He played trumpet in the concert bands of both schools.

After a work experience assignment with Tassell Automotive in Victoria Road Castle Hill he went on to work there part time until he left school, he then joined the engineering company Jacon Engineering at Silverwater.

He joined 22 Squadron of the Australian Air Training Corps in 2000 (now 322Sqn AAFC)– to join was what he wanted for his 13th birthday! He left the Squadron in 2005 having attained the rank of cadet Flight Sergeant. He learnt to fly a glider in the cadets, beginning in 2001, attaining his Badge A (solo) and Badge B (cross country and outlanding). But it was camps and fieldcraft which he enjoyed the most, and he completed his Gold Duke of Edinburgh’s award, and was presented with his certificate by the NSW Governor in August 2005. Stuart participated in many Anzac Parades at Epping and Castle Hill where he was on more than one occasion part of the catafalque party.

His room at home was a jumble of wires and equipment for computer gaming with his friends. No couch potato, he helped organise “paintball” field days with the various games groups to which he belonged.

His decision to join the military was a long term aim, and he had been much affected by the events of the 11th September 2001. He joined the British army, rather that the Australian, simply because he wanted to experience the wider operational opportunities that would be available to him and had been disappointed that Australia was only sending special forces to Afghanistan.

After he left Australia in October 2007 and while going through the selection process and waiting to join up he worked in a pub close to where he was staying in Gloucestershire with relatives, building his fitness on the local woodland tracks under the supervision of his ex-SAS cousin.

It was not until March 2008 he began his training at Catterick. He thrived on the tough 26 week training course, his lowest point was when he contracted an MRSA infection which looked like putting him out of the final training exercise, which if not completed would have prevented him from passing out on the 19th September 2008. Although hospitalised for 4 days, he beat the infection and made it onto the exercise – and to the passing out – a testament to his fitness and determination.

After a short break with family and friends in the UK Stuart reported for duty with the 1st Battalion the Rifles at Beachley Barracks near Chepstow in the shadow of the Severn Bridge.

Stuart was the second member of his family to serve a Beachley Barracks, his Great Uncle Ernest Shaw (latterly Lt Col E Shaw REME) was there as an army apprentice in the 1920’s when it was newly opened. His Grandfather (Capt G.S.G. Nash) served in some of the formation regiments of the Rifles, joining the TA in 1938 in the Herefordshire Light Infantry, transferring to the KSLI at the outbreak of war in 1939, and being commissioned in 1942 into the Gloucestershire Regiment, although he fought in the 56th Division through the Italian campaign with the London Irish Rifles. There was no-one prouder than Stuart of that “back badge”.

The battalion had already departed for its tour of Afghanistan when he arrived at Beachley, and within 3 weeks Stuart and two of his three mates from Catterick followed the battalion as replacements.

Stuart was more than happy to be posted from Camp Bastion to a position out on the front. His initial fear was one of freezing his first time under fire, but that fear was soon put to bed discovering that the training kicked in and he was responding to the action long before he had had time to think about the situation. 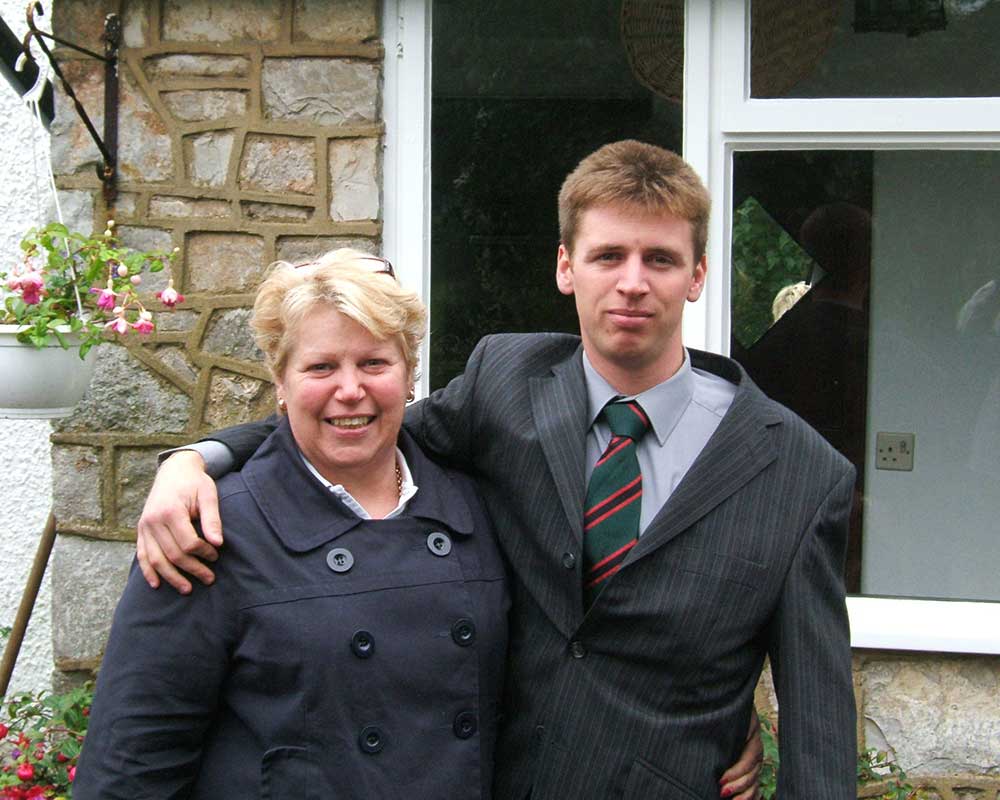 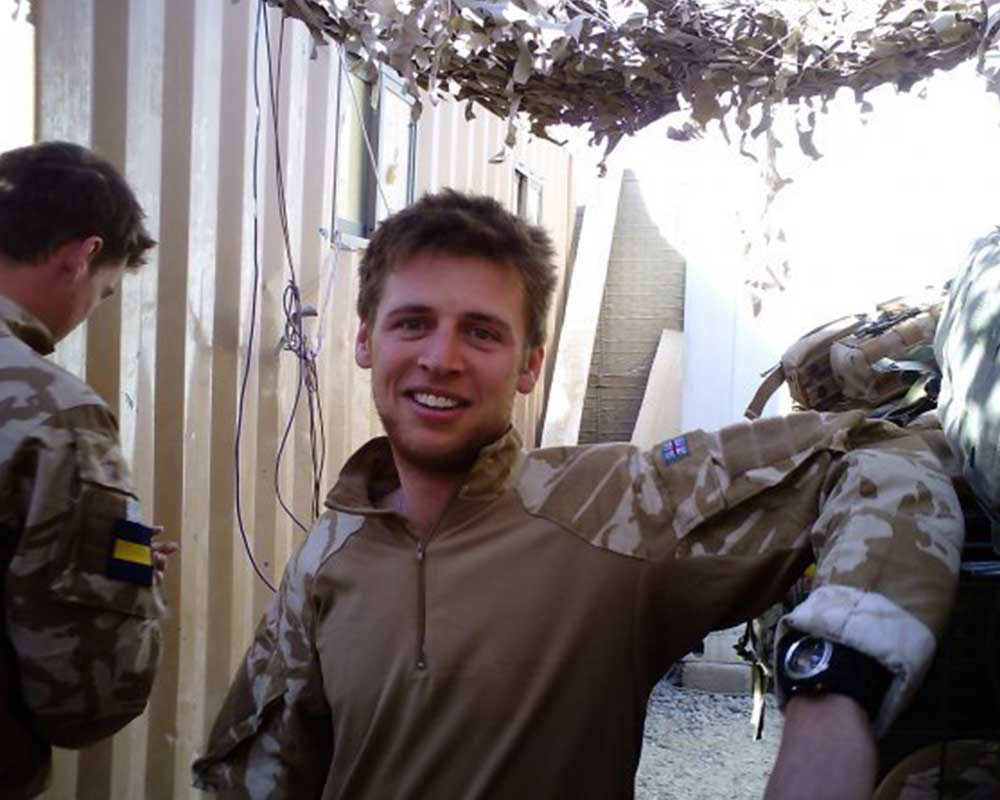 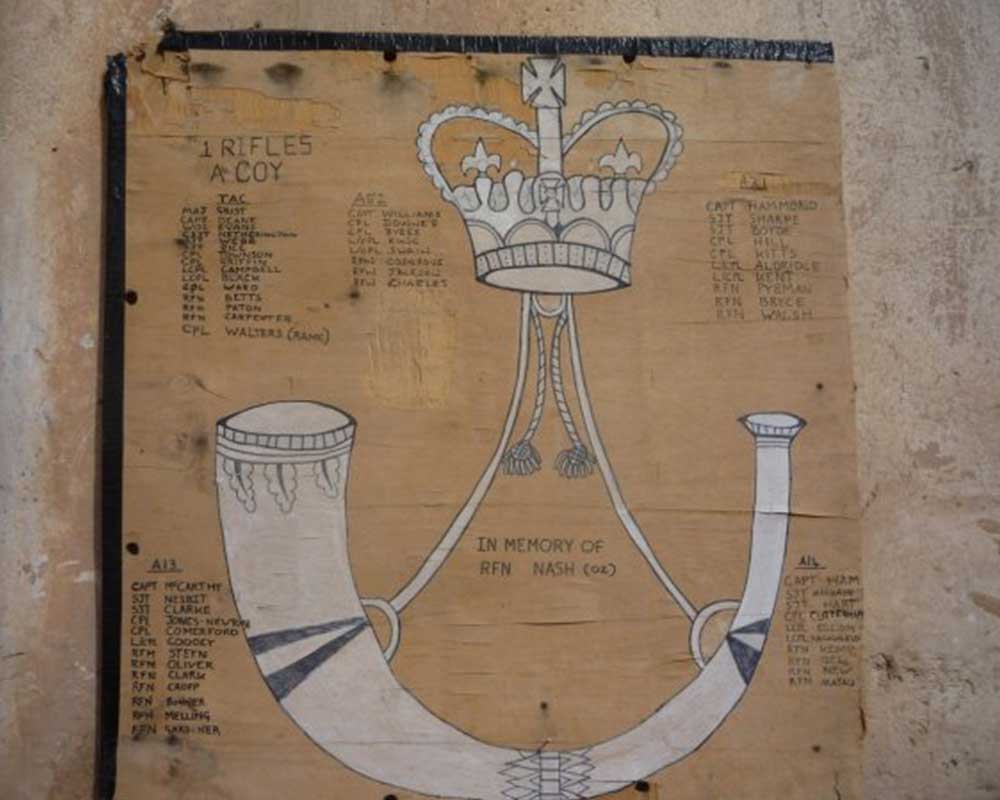 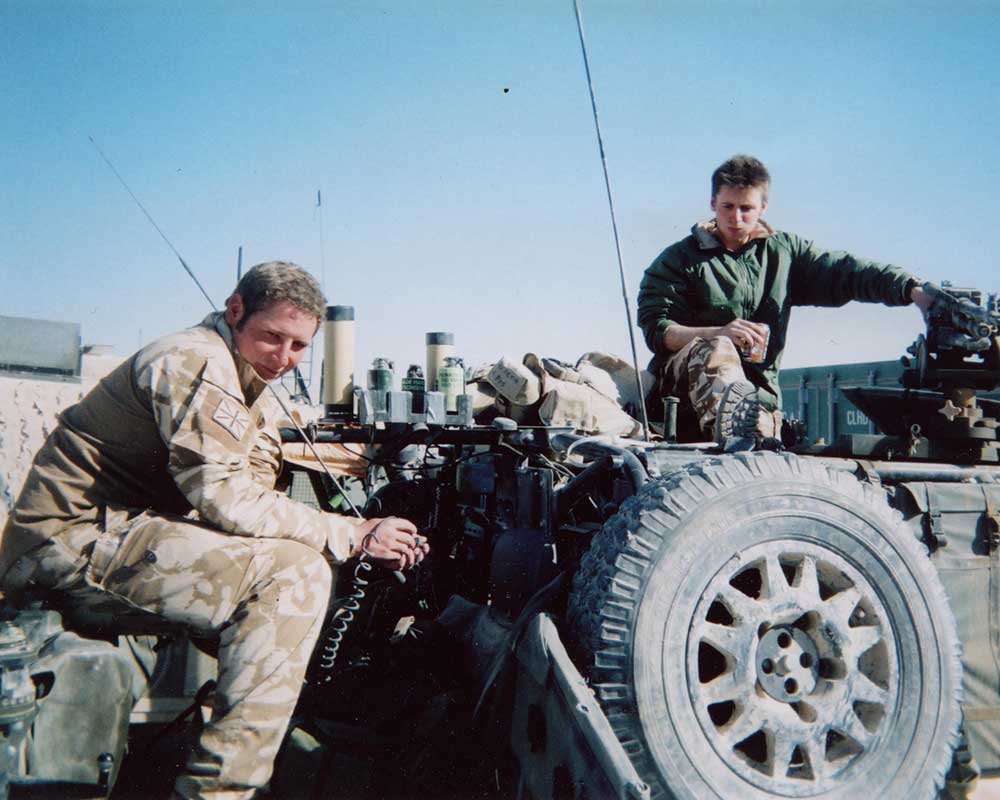 His phone calls from Afghanistan were full of bravado and pride on the difficult and dangerous job they were doing at Nad-e-ali in Helmand province, in a base surrounded by irrigation ditches and poppy fields.

The disused school in which they were billeted was surrounded by hostile country, and on one occasion during a call he quickly rang off saying – “got to go now we’re under rocket attack…” he rang home an hour or so later to make sure his friend got the message he was OK!

Throughout his tough experience in Afghanistan he maintained a good-humoured banter with his friends and family, about the conditions in which he was living with only weekly showers, a growing beard, and primitive toilet arrangements, and planned a much longed for trip to Japan with his three close Australian friends, one of whom was serving in Iraq with the Australian Signals Corps.

He was involved in a patrol deep into hostile countryside to neutralise a Taliban compound where they were unable to extract due to heavy fire from an adjoining compound which they were finally only able to silence with the aid of an airstrike.

On December 17th OMLT 17 and its Platoon of Afghan Soldiers were clearing compounds part of Operation Sond Chara in very wet and muddy conditions. The patrol came under heavy small arms and RPG fire at a compound just south of Zarghun Kalay. Rfn. Nash as LMG No. 2 was on the compound roof with no cover spotting the enemy and directing fire for his No. 1 & the OMLT. With rounds landing between them and mud causing LMG stoppages the two decided to get off the roof, Rfn Nash providing cover for his mate as he jumped down. But he was hit by a single round, he rolled himself from the roof, and although evacuated by helicopter died before reaching the Camp Bastion Hospital. Rfn Nash was ‘Mentioned in Despatches’ for his actions.

It was nearly two years before confusions surrounding his death were resolved at the inquest, although the 7.62 round that had caused his death had been made at ROF Radway Green in Cheshire UK, intensive ballistics investigations concluded no friendly weapon could have fired it, and this was not it was a “Blue on Blue” incident.

Stuart was a Freemason and had been initiated and passed in Lodge Baulkham Hills had been raised in Lodge Royal Empire on the 12th June 2008.
Stuart has followed the thousands of Australians who have over the generations voluntarily responded to the call to defend our way of life, made an irrevocable contribution to the fight against terrorism and the miseries of addiction, and made the supreme sacrifice.

[3] No 958 UGLNSW& ACT now consolidated with Lodge Beecroft No 359.  His name was posthumously added to the roll of Lodge Victoria Cross No 928 which was being reconsecrated at the time of his death.  His memory is celebrated by the Lodge with fellow freemasons including Cpl Jack Edmondson VC [1914-1941] and Cpl Cameron Baird VC MG [1981 – 2013], connecting across the generations past and present conflicts. 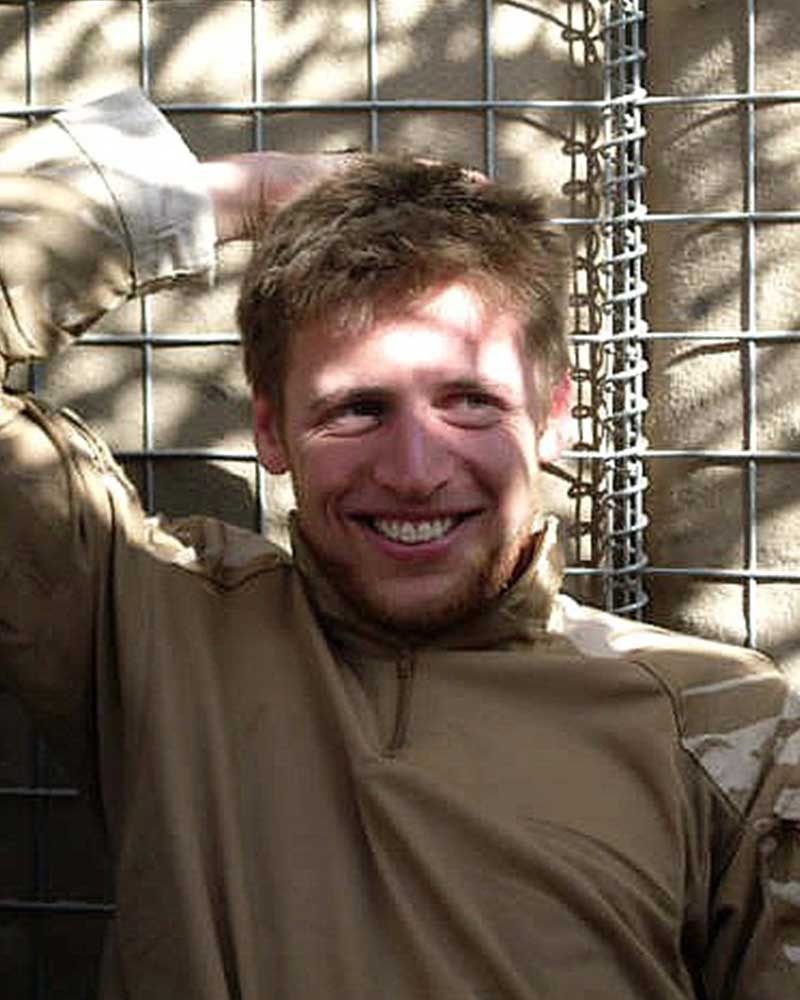 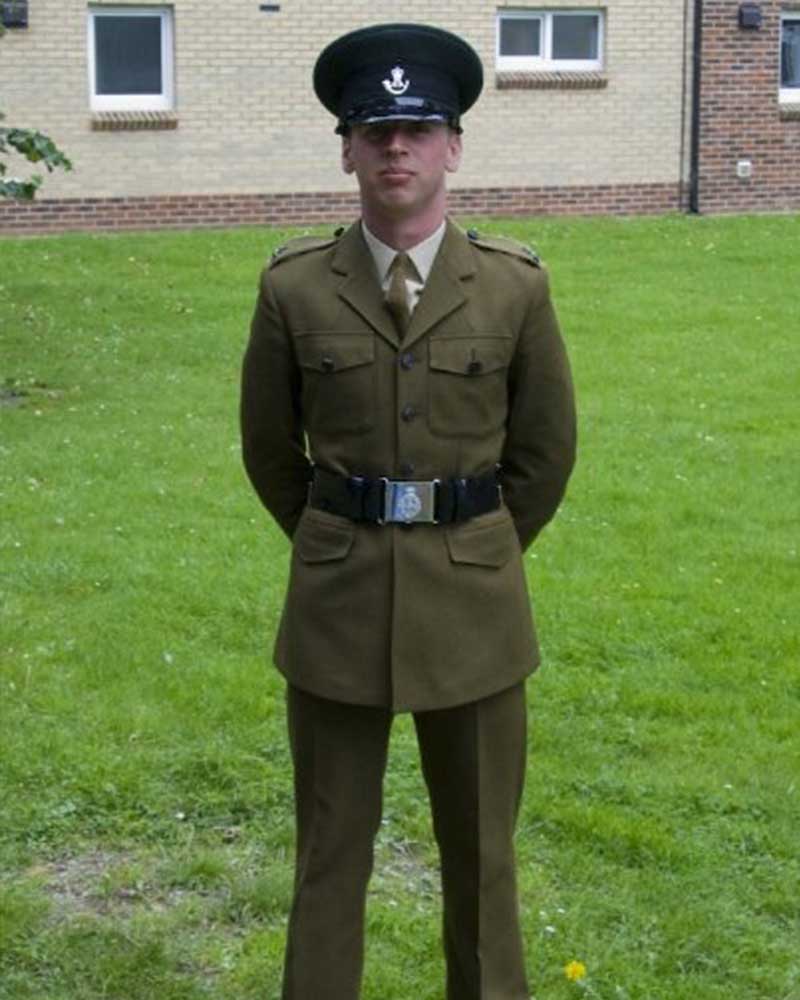 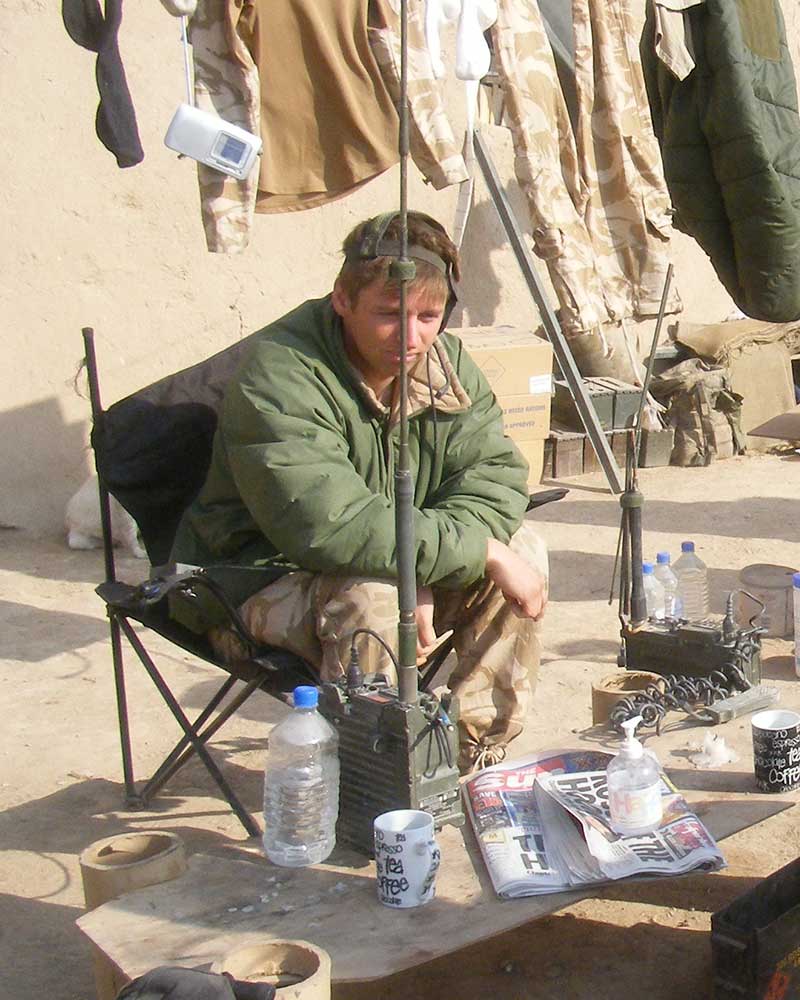