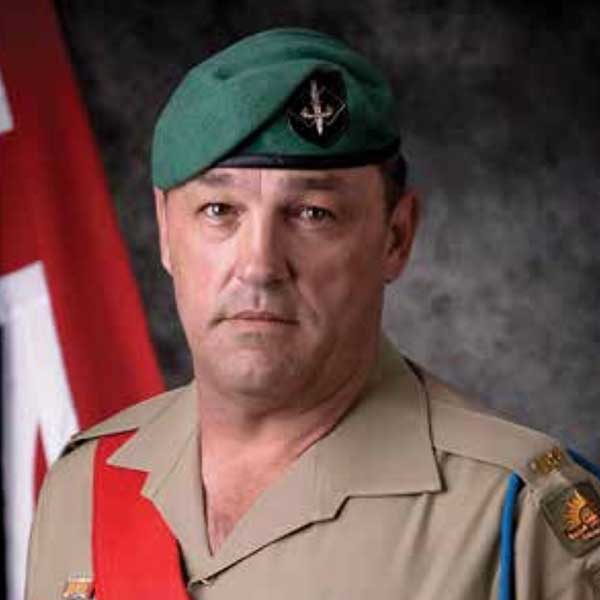 New South Wales. He enlisted into the Army on 28 January 1987 as a rifleman within the Royal Australian Infantry Corps.

On completion of his initial employment training, Sergeant Cafe was posted to the 3rd Battalion, The Royal Australian Regiment where he served as a soldier, section second in command and section commander.

In 1993, Sergeant Cafe deployed to Cambodia as a member of the

In 1995, Sergeant Cafe was posted to the 1st Recruit Training Battalion, Wagga Wagga, as a recruit instructor.  Soon after he separated from the Army to care for his ill partner and assist with a family business.

Sergeant Cafe reenlisted into the Army in 2000 and was posted to the 4th Battalion, The Royal Australian Regiment (Commando) and successfully completed his Commando selection and specialist skills courses. In 2001, Sergeant Cafe deployed to East Timor as a section commander with the battalion as part of the United Nations Transitional Authority East Timor. In 2002, Sergeant Cafe was selected to attend counter-terrorism training and became an original serving member of the newly raised Tactical Assault Group (East) in July 2002. During his time Sergeant Cafe served as a soldier, team commander, section commander and the Demolitions Warrant Officer.

In 2008 he met his wife Gwen Cherne, and they married in Washington DC in 2010. Upon his return to the Army in late 2010 he was posted to Special Forces Training Centre where he assisted with instruction, supervision and mentoring of the commando reinforcement cycle.

In 2012, Sergeant Cafe was posted to Delta Commando Company, 2nd Commando Regiment and deployed to Afghanistan as a section second in command with Task Force 66,

Special Operations Task Group as part of Operation SLIPPER 2. He has subsequently served as a section commander, platoon sergeant and the acting Company Sergeant Major. In 2016, Sergeant Cafe deployed to Iraq as the Operations Warrant Officer with Task Group 632 as part of Operation OKRA where he had a stroke. Sergeant Cafe served as the Operations Sergeant, talk Mental Health First Aide to his unit and was a mentor to many until he died by suicide on 6 February 2017.

During his time in the Army, Sergeant Cafe deployed on operations to Cambodia,

East Timor, Afghanistan and Iraq.  He represented the unit and command on international engagements with England, the United States and the United Arab Emirates. Sergeant Cafe’s hobbies included golf, travel and history.

He is survived by his wife Gwen, his four children Ashleigh, Thomas, Emily and Lachlan and three grandchildren.  Thomas followed in his father’s footsteps and joined the Australian Army in 2016.

Sergeant Peter Cafe was awarded the following Honours and Awards: 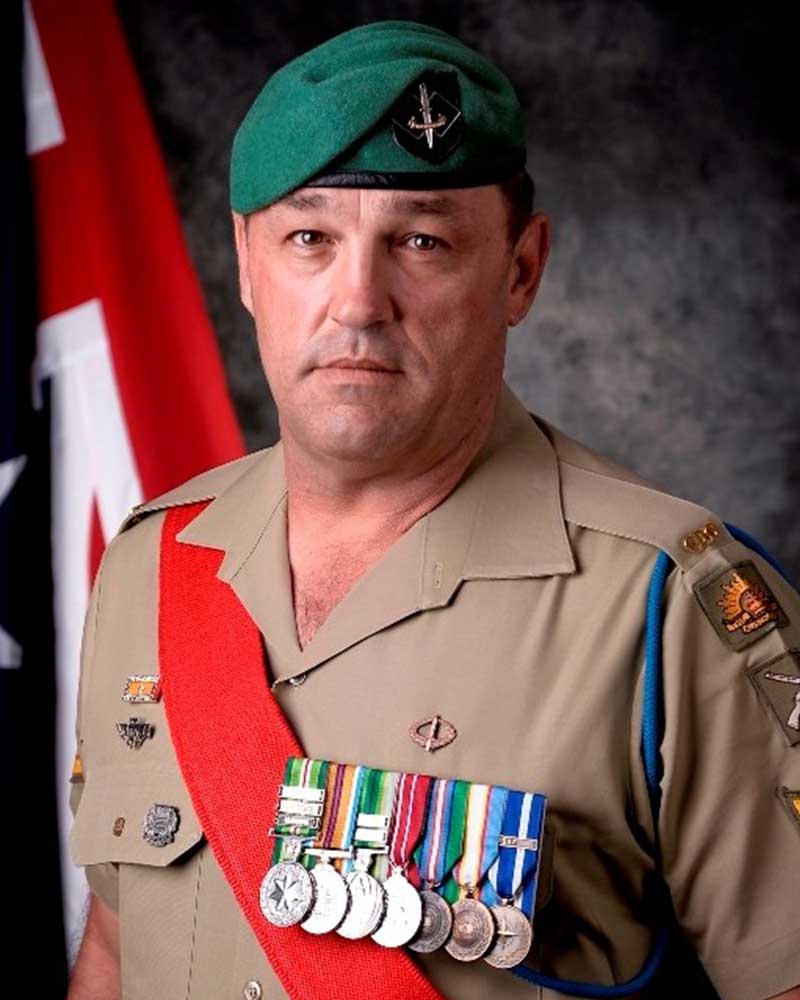