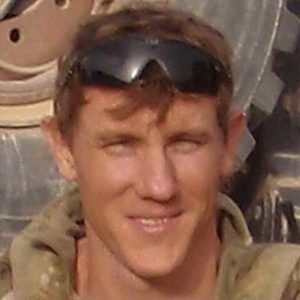 Trooper Brown leaves behind his parents and one sister who are currently receiving support from Defence.

Trooper Brown was born in Sydney, NSW in 1981. He joined the Army on 13 June, 2000 and following Recruit and Initial Employment Training, Trooper Brown was posted to the 1st Battalion Royal Australian Regiment. In 2004 he joined the 4th Battalion Royal Australian Regiment (Commando). On successful completion of the 2007 Selection Course, Trooper Brown became a member of the Special Air Service Regiment. This was his first tour to Afghanistan, although he had deployed previously on three occasions to East Timor.

Trooper Brown was an outstanding career soldier who always gave that little bit extra to his job and for his mates. He was highly regarded for his professionalism and commitment and will be sorely missed by all those who have served with him.

During Trooper Jason Thomas Brown’s service in the Australian Army he deployed on the following Operations:

Today we were advised of the tragic death of our son, brother and mate while he was serving in Afghanistan.

Jason was a career soldier who dreamed from a young age of being nothing else. Everyone who knew him knew his dream. He strived to be the best he could be at his job and was successfully accepted into the elite Special Air Service Regiment.

He was born to be a soldier, and believed in what he was doing. He died doing what he loved. We are all very proud of him.

We will miss him dearly, as will his army mates, who were his second family.

We ask at this time you respect our privacy and allow us our space to grieve the loss of an exceptional soldier, mate, brother, son and most of all Australian.