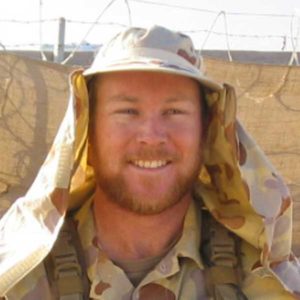 Sean enlisted into the Australian Defence Force on the 10 July 2001. After initial recruit training and completion of mandatory courses, Sean posted to 7 Sig Regiment on 14 July 2003.

Sean posted to SASR on the 15 January 2007 and has been an active member of the Regiment ever since.

Sean’s Operational service includes deploying as part of the Special Operations Task Group (SOTG V) in 2007; Operation Astute in East Timor in 2008 before redeploying to Afghanistan as part of his most recent deployment.

Sean was the recipient of a Special Operations Commander Australia (SOCAUST) commendation awarded on the 20 June 2008 for his actions in Afghanistan in 2007 as part of SOTG Rotation V. Sean was awarded this for his excellent application of battle craft in a complex, dangerous and confusing situation.

Sean was an avid rugby union fan. He was a respected member of his Troop and well liked by his colleagues.

Statement from the Minister for Defence

The Minister for Defence, the Hon Joel Fitzgibbon MP, expressed his condolences to the family, colleagues and friends of Signaller Sean McCarthy, who was killed in Afghanistan.

Signaller McCarthy was killed when the vehicle he was travelling in was hit by a roadside bomb.

“This is a tragic day for the Australian Defence Force and, on behalf of the Government I extend my deepest sympathies to the family, colleagues and friends of Signaller McCarthy,” Mr Fitzgibbon said.

“I also extend my sympathies to the dedicated men and women of the Australian Defence Force who served with Signaller McCarthy.”

“As they carry out this vital work today, it is with Signaller McCarthy’s family and the men and women of the Australian Defence Force that all Australians feel the loss of a comrade fallen in the pursuit of this mission,” Mr Fitzgibbon said.
Read statement in full

I commend you for excellent achievement in the application of battle craft beyond the standard expected whilst acting as a special operations electronic warfare operator during Operation Slipper, Special Operations Task Group, Rotation V.

Despite being in contact with the enemy, you maintained your presence of mind and displayed excellent soldier skills. You showed courage and mission focus.

Your actions demonstrated excellent application of battle craft above your recognised training levels in a complex, dangerous and confusing situation. Your deeds have brought credit upon yourself, the Special Air Service Regiment and Special Operations Command